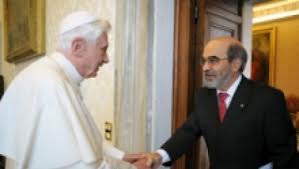 At a private audience with Pope Benedict in the Vatican in June, the Brazilian FAO Director General stressed the importance of strengthening collaboration with the Church. "Ending hunger is too great a challenge for any one government or agency alone. For this reason we look forward to strengthening cooperation between FAO and the Church," Dr Graziano told the German pontiff.

Dr Graziano asked the pope's assistance for World Food Week, the Food and Agriculture Organisation's famine-fighting jamboree being held in Rome next month. "We ask you to encourage your priests to dedicate their masses and sermons to the eradication of hunger during World Food Week, to be observed in October," the Brazilian agronomist said before bowing out of the papal apartment.

According to an FAO statement "The pontiff underscored his commitment to the fight against hunger and said that the Church would soon issue a message of support in this regard."

Some observers see the meeting as just another regular fixture on both men's diplomatic schedule. The FAO and the Holy See also share some common interests because of their privileged position with regard to Italy and their special status in Rome.

However conservative elements in the Church such as Opus Dei, the movement elevated to a personal prelature by Pope John Paul II which critics accuse of being "secretive," also have long been interested in exerting influence at the FAO, diplomatic sources say. FAO experts such as agronomists and specialists on fisheries and forestry fit Opus's profile for professionals to be targeted as potential members.

Few FAO staffers shed tears for the ruthless French executive Hervé LeJeune who was removed as head of the Director General’s office when Graziano took over in January. There was persistent speculation the powerful Frenchman was close to Opus.

The movement’s influence is claimed by some FAO watchers to continue in the agency through Rodrigo de la Puerta, seen as a key player in the final stages of the close run election in which Graziano narrowly defeated a strong Spanish contender, UN sources add.

Senor de la Puerta strongly denies any connection to Opus Dei, however. He also denies playing any role in the final stages of the election.

In his private audience at the Vatican Dr Graziano told the pontiff that "Ending hunger makes political, economic and social sense, and it is also a moral imperative."

The Director-General called for the "renewed support of the Church in the fight against hunger at the global and local levels, as well as the mobilization of its network to support the goal of a food secure world."

Vatican watchers say it remains to be seen whether Benedict will issue the order to priests around the world to support World Food Week by preaching sermons and dedicating Masses to the eradication of hunger as Dr Graziano requested.

Even if he does, however, liberal Catholics who have long worked to improve the lot of the poor in Latin America and elsewhere through the Liberation Theology movement likely will remain sceptical how much impact such homilies will have given the strategic influence of Church-linked conservatives at high levels in FAO headquarters. 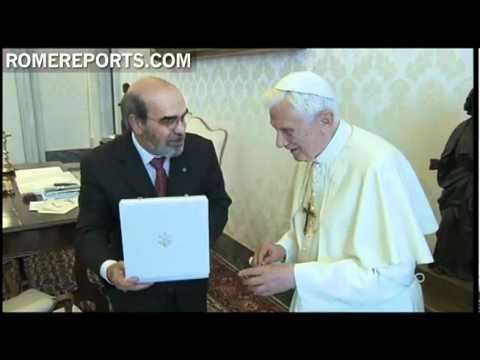