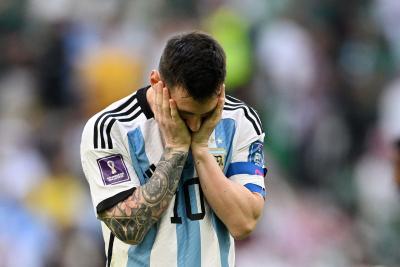 ROME – Italian football fans were said to be supporting Argentina at the Qatar World Cup, in the painful absence of the Azzurri, who were knocked out during the qualifying stages by Macedonia.

Thousands of Italian football enthusiasts voted in a survey conducted by the betting website Superscommesse, which asked participants to choose which national team they would be cheering for in the tournament.

Argentina came out on top by a decisive margin, taking 42 percent of the vote; second place Brazil received only 11 percent. Argentina are certainly one of the favourites to win the competition, but the South American nation also has strong footballing ties to Italy. Numerous members of the Argentine squad conduct their club careers in the Serie A, such as Roma’s Paulo Dybala and Inter Milan striker Lautaro Martínez. Similarly, several Argentinian footballers are of Italian descent, including talismanic captain Lionel Messi, the forward considered by many to be the greatest player of all time.

“The data shows us that there is a real consensus in favour of the Albiceleste national team who have not won the World Cup since 1986, the competition in which Diego Maradona scored both the goal of the century and with the Hand of God,” wrote Marco Perrone on the Superscommesse website.

However, this poll was held before Argentina suffered a humiliating 2 - 1 defeat to Saudi Arabia on Tuesday, a result that would make any potential fan think twice.

The Italian national team had failed to qualify for the 2018 edition of the tournament in Russia, and then, despite winning the 2020 European Championship in the interval, the Azzurri were also knocked out before the finals of the 2022 World Cup.