Murder, rape, and harassment of women on the rise 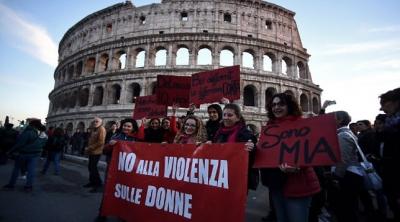 ROME – Violence against women is on the rise this year in Italy, with 95 women killed between January and November of 2022, half of which were murdered by their partners, police said. The department of criminal police published a report detailing the femicides that happened this year. It was announced by one of the officials at the office that, “So far, the strategy put in place against violence against women, Code Red, has yielded important results. The regulatory framework can still be improved by strengthening preventive measures, for example by expanding the scope of the quaestor's warning."

Piantedosi emphasised that the “number of homicides at the hands of a partner is the physical representation of the misogynist and overpowering attitudes within emotional relationships.” The minister then made it clear that the purpose and goal of the Code Red laws were to cultivate an understanding environment within the police, where women would feel safe reporting the crimes against them.