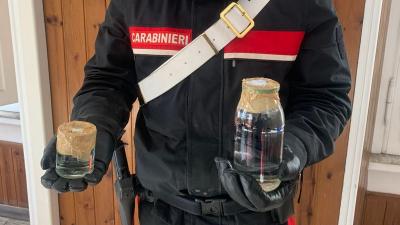 ROME – Hundreds of people are under investigation and seven have been arrested for the importation and distribution of ‘date-rape drugs’ in Italy, Roman prosecutors said.

The ubiquity of the substances, which are typically supplied by Dutch websites, across the Italian peninsula was described as an “alarming situation” by investigators.

This was the latest development in a large-scale investigation that has lasted several years and has implicated actors as well as a customs officer. Throughout the inquiry more than 200 kilos of the chemical GBL, a colourless liquid with sedative effects, have been seized, which equates to roughly 380,000 individual doses. Deliveries would arrive at Ciampino airport from the Netherlands, where it is legal to sell the drug.

Increasing imports of the ‘date-rape drug’ represent a “new form of do-it-yourself criminal entrepreneurship in the world of drug dealing,” according to the capital’s chief prosecutor. “The illegal distribution of drugs through online networks results in an insidious form of circulation which is difficult to oppose, as it grants a potentially infinite number of clients access to the black market and allows consumers, especially those who are youngest, to acquire the substance from home” without having to meet a dealer and receiving the package in the comfort of their own home with a guarantee of discretion.

GBL, or gamma-Butyrolactone, is also used recreationally, as it can cause euphoric effects at lower doses.