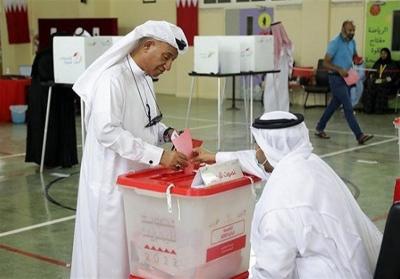 ROME – Bahrain’s parliamentary and municipal elections were met with enthusiasm despite human rights campaigns against the country’s ban on opposition candidates and crackdown on dissent. The newly born democracy and the electoral process are worth respecting, according to former President of the Bahraini Journalists Association Ahdeya Ahmed Al-Sayed, who spoke Friday at a hybrid event held both online and in Manama.

The event, which had European political specialists among the speakers, was promoted one day before the elections by the Euro-Gulf Information Centre (EGIC) and the Bahrain Centre for Strategic, International and Energy Studies (DERASAT).

“Every country, whether in the West or in the East, has different circumstances that can shape the future of that country, especially when it comes to democracy. Let's not forget the differences in culture, traditions, and beliefs,” said Al-Sayed.

Over 330 candidates disputed the 40 seats in the kingdom’s Parliament, 73 of which were women.

“Bahrain is maturing nicely as a democracy. The number of women involved in the election is quite a marker. Allowing people who are non-residents to vote is also a sign of maturity,” said David Campbell Bannerman, former British Member of the European Parliament and former Chairman of the delegation for relations with Iraq.

Despite the historical number of female candidates and the high participation of independent candidates who represent civil society, opposition candidates, mainly from the Shia Al-Wefaq and secular Waad parties, were banned from the dispute. Al-Wefaq and Waad were dissolved by the government in 2016 and 2017, respectively.

Bahrain’s 20-year-old constitutional monarchy, established under the rule of King Hamad bin Isa Al Khalifa, reached a critical point during the Arab Spring uprising in 2011, when protesters were met with what opposition militants and humanrights NGOs described as brutal police repression.

In May 2020, the kingdom announced the release of 1486 prisoners who had been detained during peaceful demonstrations, 901 of which received royal pardons. At the time, Amnesty International and 19 other groups recognized the releases as a positive step, but criticised the fact that opposition leaders, activists, and journalists still remained behind bars.

The fact that this scenario hasn’t changed led activists to question the significance of the elections held on Nov.12, arguing they would not change the country’s status quo. This was particularly stressed by Amna Guellali, Amnesty International’s Deputy Regional Director for the Middle East and North Africa, who publicly noted that holding the general election would not address the atmosphere of repression and the denial of human rights that has gripped Bahrain for years.

Tackling the concerns raised by human rights defenders is something Manama will have to start considering if the country wants to strengthen its democratic process.

The participation of young voters and candidates has been expressive this year. For Al-Sayed, this reflects positively on the development of Bahrain’s democratic process.

“This is a generation born when the democratic process in Bahrain was born. The 21-year-olds today sit and argue with you. They will not ask you for advice. They will go and do their own research. Freedom of expression is very important, and it opens people's minds to what is right, what is wrong, and what is best for them,” she said.

For the economy, the consolidation of the Bahraini parliament is of utmost importance, according to Omar Al-Ubaydli, DERASAT’s Director of Research.

“Fiscal stability is something that is essential to Bahrain's economic interests. The parliament has played and can continue to play a very positive role in the realization of this fiscal balance,” he explained.

One of the most straightforward actions taken by committees to address the fiscal issue is reaching out to relevant stakeholders and civil society organizations to request their opinion on the issues being raised. This results in the production of an extended memo which is later sent to members of parliament for consideration. The parliament also has a say on budgets and can request that officials give context to their decisions.

“It is a sophisticated and intensive process that involves a combination of professional researchers, the members of parliament themselves, and stakeholders. This helps generate ideas that key officials might not have otherwise considered,” said Al-Ubaydli.

Bahrain’s economic and political scene is viewed with interest by the international community. The Gulf, which is not just part of the Middle East but also part and parcel of the Indian Ocean, has been under the radar of international coalitions that fight piracy, terrorism, human trafficking, and drugs and weapons smuggling. Instability in the region reflects on the flow of immigrants in Europe.

“Illegal trafficking is a serious problem for every country practically, and it fuels regional wars. This is a very concrete security concern that goes hand-in-hand with humanitarian concerns. If war situations continue, migrancy will continue,” explained Alessandro Politi, Director of the NATO Defense College Foundation.

The 2022 elections had a record voter turnout of 73 percent, according to Bahraini media. Results were being announced from Sunday.