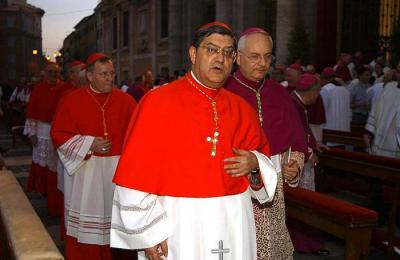 The Raitre report investigated what the more than 100 unused churches were being used for now. The program proclaimed “mass is over” along the news that Archbishop of Naples, Cardinal Crescenzio Sepe had decided to allow free usage of some churches by local organizations. However, what those organizations were doing in the vast amounts of religious real estates was exposed as not so holy.

When the reporter pressed Cardinal Sepe for more information on why he allowed the questionable use of church buildings, Sepe was quoted as responding with a less than eloquent, “go fxxx yourself.”

When these events were reported publicly in the media, the Neapolitan Curia immediately intervened by rescinding the relevant conventions. But as reported in the programme, there is still much to be done to revitalize Naples’ religious sect.