In November, the entire North descends on Rome 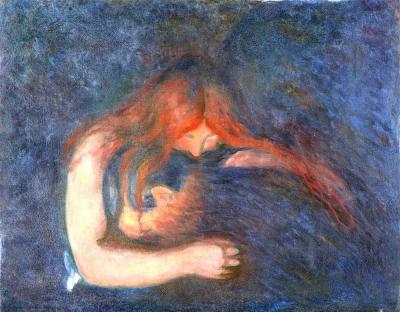 ROME - From 2 to 30 November, the eternal city rediscovers its Nordic roots with November Nordic, a full-bodied programme of events, called 'Nordic Traces', that winds its way through the capital, organised by four Nordic embassies (of Finland, Sweden, Denmark and Norway), as well as the Nordic cultural and scientific institutes: the Academy of Denmark, the Institute of Norway, the Institute of Finland, and the Swedish Institute of Classical Studies, which join together on this occasion to realise and disseminate a rich series of initiatives to enhance the historical connection of the Nordic countries with the city of Rome and to create new moments of exchange through exhibitions, conferences, concerts, cinema, and the residences of illustrious historical figures open to the public. 'Nordic November. Nordic Traces" in Rome offers a kaleidoscope on the culture of Northern European countries, with more than 20 events scattered throughout the city, ranging from architecture, visual art, poetry, music, research, cinematography. The traditional Nordic Film Fest, which in previous years presented examples of the most recent film production from the North, is on this occasion incorporated into the festival.

The programme opens on Nov. 2 with the exhibition of Architect Sigurd Lewerentz' Italian journey in 1922, curated by the Swedish Institute for Classical Studies in Rome, which will introduce the exhibition with a lecture by Erik Törnkvist and Malin Belfrage. The two Swedish architects will show their photos in relation to those shot by Sigurd Lewerentz during his trips to Italy in 1922. The exhibition continues until Nov. 30.

On Nov. 3, the Danish Academy of Denmark dedicates an evening to Danish author Morten Søndergaard, who has chosen to live in Italy since 1998. He first began experimenting with language between the languages he knew and between poetry and translation, later extending his work to other artistic fields.

On Nov. 4, the Embassy of Finland will hold a meeting with Finnish artist Hannu Palosuo, on the occasion of the artist's solo exhibition Nobody Promised Us Tomorrow, curated by Sveva Manfredi Zavaglia. Admission to the exhibition is accompanied by an aperitif in collaboration with Kyrö Distillery, a distillery that makes Finnish rye whisky. The artist proposes portraits in which he erases the faces of the protagonists, making a profound reflection on the memory of a person, a place, a nation.

The celebrations continue during the evening of Nov. 4 with a concert by Cecilia Sanchietti Swedish Quintet. The drummer and composer active between Italy and Sweden, presents at the Casa del Jazz with her Swedish band her third album: "POSTCARD FROM GAMLA STAN" (BluJazz'21, USA). The new album is the result of a desire to unite Northern European atmospheres and conduction with more pronounced melodies and phrasing characteristic of Italian composition.

On Nov. 7, Danish pianist Maria Bundgård will perform at the Danish Academy in Rome with a concert of virtuoso music, consisting of the best piano solos by one of the greatest romantic composers in history, Sergei Rachmaninov.

On Nov. 7 and 8, various cinemas in Rome will screen the docufilm Munch. Amori, fantasmi e donne vampiro (Loves, ghosts and vampire women), dedicated to Edvard Munch (Løten, 1863 - Oslo, 1944) in view of the 160th anniversary of the famous artist's birth, the anniversary of which will fall in 2023. The docufilm, directed by Michele Mally, aims to shed new light on Munch, but also to be a journey through his native Norway, in search of the roots and identity of a universal artist.

Until Nov. 11 it will be possible to visit the exhibition A Salon Famous throughout Europe - Nadine Helbig at Villa Lante free of charge. The Institute of Finland in Rome is dedicating an exhibition to Nadine Helbig, who transformed Villa Lante into an international cultural salon at the end of the 19th century. Nadine was known to all the artists and intellectuals of her time: from Liszt to Wagner, Niels Ravnkilde, Edvard Grieg and Axel Munthe.

On Nov. 9 there will also be a piano concert for four hands "Grieg in Rome" by pianists Morten Fagerli, (Norway) and Jónína Erna Arnardóttir (Iceland), to introduce the Roman public to the music of Nordic composers such as the Norwegian Edvard Grieg (1843-1907), and the Finnish Jean Sibelius (1865-1957).

From Nov. 14 to 30, Villa Lante al Gianicolo opens its doors to the public, home of the Institute of Finland in Rome since 1954. An Open Studio day will also be organised for the Finnish artist Tuula Närhinen, currently in residence at the Institute's atelier. Doors will also be open to the Swedish Ambassador's residence in Rome on Nov. 18 for an event of art, design and performance, accompanied by a Swedish Christmas aperitif. A journey inside the late 19th century palace among Swedish personalities who have left visible traces in Italian history, such as Queen Christina, a beloved and controversial woman who changed the cultural scene in Rome in the second half of the 17th century.

The NORDIC FILM FEST is now in its 11th edition. The festival, which promotes the cinema of the Nordic countries, has established itself on the Roman and national scene as an unmissable appointment of the film season. Curated by the four Nordic embassies present in Italy (Denmark, Finland, Norway and Sweden) and with the collaboration of the Circolo Scandinavo, this year NORDIC FILM FEST 2022 will take place at the Casa del Cinema in Rome on Nov. 19 and 20, on Nov. 25 at the Cinema Nuovo Sacher and online on the Festival Scope platform on Nov. 13 and 16, including, not to be missed, Zaida Bergroth Tove's new film: a gripping drama about the creative energy of an iconic talent and his turbulent search for identity, desire and freedom. Films premiered or previously unseen in Italy will be shown, the festival is realised in collaboration with the Film Institutes of the respective countries. The event is part of the CNA Roma Independent Festivals Circuit financed by the Fondazione Cinema per Roma. The screenings will be in original language with Italian subtitles. Among the films to be presented on Nov. 20 will be: Sonja - the white swan at the Casa del Cinema. The film tells the story of one of the world's greatest athletes and inventor of modern figure skating, Sonja Henie, who decides to go to Hollywood in 1936 to become a film star. On Nov. 25, part of the cast will present the new film: War Sailor at the Cinema Nuovo Sacher. The film tells the story of two Norwegian sailors trying to survive, hoping to see their families again, when a German submarine attacks their merchant ship at the outbreak of World War II.

On Nov. 22 at Palazzo Altemps and in collaboration with Parchi Letterari and the Royal Embassy of Norway, we celebrate Sigrid Undset: Norway's most famous writer (1882-1949), she lived in Rome for a long time, fascinated by the Eternal City she had her permanent lodging in Via Frattina; she wrote novels, short stories, essays, autobiographical texts and even a few poems and plays, as well as being awarded the Nobel Prize in 1928 for her depiction of the Scandinavian Middle Ages. The Literary Park was inaugurated in Lillehammer this spring on the initiative of I Parchi Letterari, a part of the Dante Alighieri Society, the Norwegian Embassy and the Municipality of Lillehammer together with the Sigrid Undset Museums.

On Nov. 24, the Embassy of Denmark celebrates Bertel Thorvaldsen, the greatest Danish sculptor of all time, with a talk led by Paolo Giulierini, director of the National Archaeological Museum in Naples with researcher Giulia Longo from the University of Copenhagen.

From Nov. 25, the Embassy of Finland will be showing Digibird, a solo exhibition by Finnish artist Soile Yli-Mäyry. The painter has held around 300 solo exhibitions in 30 countries such as Japan, China, India, Latin America, the United States and many European countries, especially Italy and France. The programme also includes language courses and presentations of Nordic culture at 360°.

On Nov. 19, it will be Finland's turn, and on Nov. 26, the Nordic Cultural Institute will present Nordic language teaching and the organisation of seminars and workshops on Nordic culture such as Female Figures in Viking Age Runic Inscriptions. The Runes and the Viking Age are among the most peculiar expressions of ancient Nordic culture and have always fascinated the collective imagination, which, however, sometimes transfigures their essence by giving a partial vision. The Rune-Viking binomial, moreover, is amplified by the fact that precisely during that historical phase thousands of inscriptions were created: public monuments designed to celebrate the dead, but which also served as an affirmation of power by the families of origin.

Staying on the topic of dialogue on Nov. 25, the Circolo Scandinavo, in cooperation with NABA Nuova Accademia di Belle Arti, invites representatives of various artist residency programmes, both Roman and Nordic, to reflect together with artists and students on the residency of the future. Nordic talk: Foreign artists travelling to Rome will be an opportunity to address issues such as sustainability of travel, respect for the environment, and the production and sharing of works by artists in residence.

Nov. 28 marks the 500th anniversary of the death of Norwegian Archbishop Erik Valkendorf in Rome. A prolific and multifaceted personality, Valkendorf played an important role in political, ecclesiastical and intellectual culture in Denmark and Norway in the early 16th century. To commemorate him, two events are taking place: the unveiling of a commemorative plaque in the Church of St. Mary of the Soul on Nov. 28, and an academic symposium at the Institute of Norway on Nov. 29.

The complete programme at https://novembrenordico.com/ 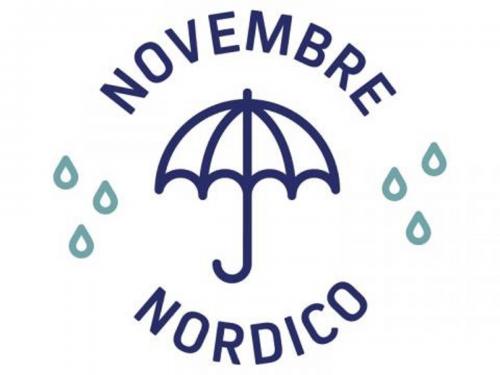