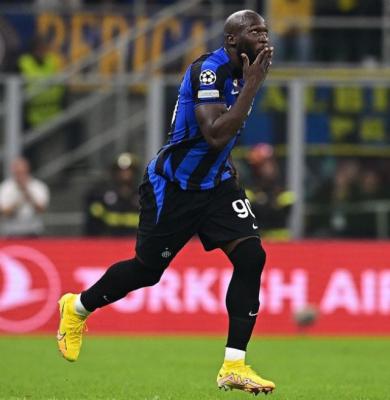 MILAN – Inter Milan beat Czech club Viktoria Plzeň 4 – 0 on Wednesday evening, securing progression to the knock-out stages of the Champions League and eliminating FC Barcelona from the competition in the process.

The Nerazzurri dominated the game at the San Siro, achieving 64 percent possession of the ball and getting nine shots on target, compared to just one by the Czech team. The first goal for the home team came in the 35th minute when a cross by Alessandro Bastoni was headed in by unmarked Armenian midfielder Henrikh Mkhitaryan.

Seven minutes later, Nicolò Barella sent the ball floating to Federico Dimarco on the left-wing with a precise cross-field pass. Dimarco controlled the ball comfortably before passing it across the goal to the lurking Bosnian striker Edin Džeko, who scored into an open net. The Milanese club went into the half time break with an advantage of two goals.

In the 66th minute Džeko scored again by slotting the ball into the bottom corner with his left foot, beyond the reach of visiting goalkeeper Jindřich Staněk. Inter manager, Simone Inzaghi, brought on Romelu Lukaku in the 83rd minute and the fourth and final goal was provided by the returning striker. The Belgian substitute played a sharp one-two with Correa and smashed the ball in at the near post.

The win for Inzaghi’s squad guaranteed their advancement to the round of 16, along with Group C leaders Bayern Munich. As a result, Spanish titans Barcelona, who are third in the group, will not be able to progress further in the competition.