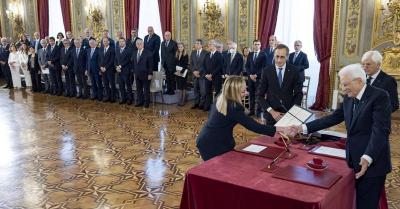 Meloni accepted a mandate Friday to form the government and presented her list of ministers to President Sergio Mattarella.

Despite opposition misgivings about the support of Forza Italia leader Silvio Berlusconi for Russian president Vladimir Putin, his choice for foreign minister Antonio Tajani remained on the list of new government ministers while League leader Matteo Salvini was named as minister for Infrastructure and together with Tajani is appointed a deputy prime minister.