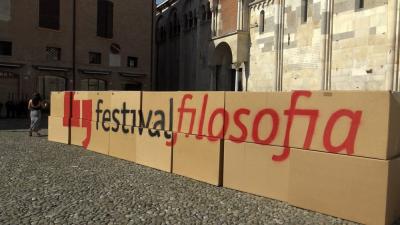 MODENA – From Friday to Sunday Modena, Capri and Sassuolo are hosting the 22nd edition of Italian Philosophy Festival, the theme of which this year is various spheres of justice, organisers said Thursday.

As a part of the festival there are scheduled almost 200 free appointments including master classes, exhibitions, performances, readings, activities for children and philosophical dinners. Some of the events will be in English.

During 53 master classes, great personalities of philosophical thought will present transformations of justice in its various spheres. In society, the question of justice concerns issues of redistribution, access criteria, including merit, competences and protections. Besides, political, philosophical and theological discourse of justice intersects its relationship with law and punishment.

Some of the exhibition appointments will present frontier situations of justice issues, from the conditions of inequality to the experience of imprisonment. The other conversations will consider how to active social energies to initiate the fight against injustice. During the festival various performative and laboratory initiatives will recall the active dimension of preventing injustices and redressing wrongs.

The Italian Philosophy Festival is promoted by the "Consorzio per il Festival Filosofia", of which the Municipalities of Modena, Carpi and Sassuolo, the San Carlo College Foundation of Modena, the Cassa di Risparmio di Carpi Foundation and the Modena Foundation are members.