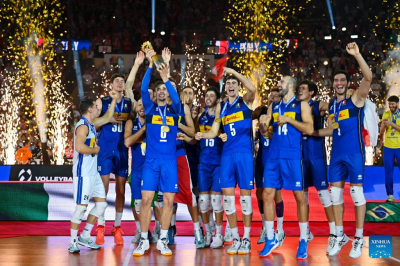 After 24 years, Italy regain the world title. It marks the fourth world championship for Italy in the history of Italian volleyball.

“This is an incredible group. We just play hard. It doesn’t matter what’s on the scoreboard and what the other team is doing, we just stay in the game and play hard,” said in the interview setter and Italian team captain Simone Giannelli.

“We love playing this game and enjoy so much doing it together. I hope it’s the start of something special,” he added.

On Tuesday upon returning to Italy, the national team was received by the President of the Republic of Italy, Sergio Mattarella.