Baby born after first ever womb transplant in Italy 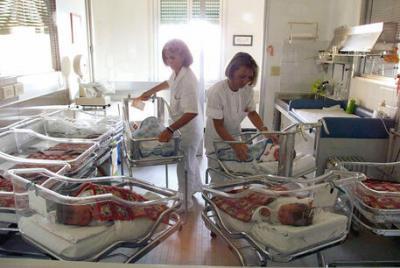 The baby was named Alessandra in tribute to the womb donor

The baby, Alessandra, was safely delivered after a 34 week pregnancy, weighing 1.7 kg. The baby is breathing with assistance and is in healthy condition with no blood or liver issues.

The woman, who has not yet been named, is also in a stable condition having also been admitted with covid and taken immunosuppressive drugs to prevent organ rejection.

The mother was born without a womb due to a rare condition known as Rokitansky syndrome.

The donor was a dead 37-year-old woman who suffered a cardiac arrest. She had signed up to the organ donation scheme following the renewal of her national identity card.

As a tribute the parents decided to give their new born the name Alessandra after the donor.

The womb transplant took back in August 2020 at the Catania general hospital.

The parents then began an IVF treatment programme under the observation of the Cannizzaro hospital.

It marks the first time that a womb has been used from a dead person to allow a birth to take place in Italy and just the sixth occasion in the world.

“Life has triumphed thanks to science. Thank you to the doctors and their team for the happiness they have helped to bring from such an event. We are very proud of them and Sicily” said the Sicily regional president, Nello Musumeci.

“The birth of this girl is extraordinary. This procedure is still very new, especially from a deceased person which only account for 20 per cent of womb transplants in the world” the head of the national transplant centre, Massimo Cardillo, added.