Film Festival della Lessinia: for 28 years a high view of the world 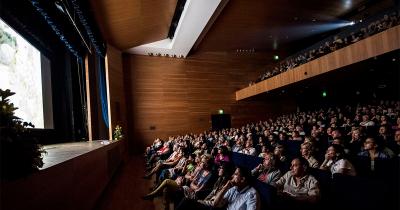 BOSCO CHIESANUOVA – From 19 to 28 August 2022 on the high plains of the meadows that crown Verona, and online on the MyMovies platform, the international film festival dedicated to mountain life, history, and traditions in every corner of the globe returns.

The programme includes 68 films from 44 countries, with 29 Italian premieres. Among this year’s guests: the director and screenwriter Michelangelo Frammartino, the astronaut Luca Parmitano, and the director Pupi Avati.

For twenty-eight years, the Lessinia Film Festival (FFDL, ffdl.it) has been telling stories about the mountains, offering a “high” view of the planet. Returning from 19 to 28 August 2022 is the international film festival dedicated to life, history, and traditions of the mountains in every corner of the globe. The rich programme of films and collateral events offers a privileged view from which to observe the current reality, climate change and contemporary society in general.  With increasing attention to the themes of ecology and sustainability, this year the Festival adheres to the manifesto and project of Verona Green Movie Land (VGML veronagreenmovieland.it).

The world arrives in Lessinia with the best of international cinema dedicated to the mountains: 68 films (including documentaries, fiction and animations) from 44 countries, including 29 Italian premieres; these were selected from 982 cinematographic works submitted from 87 countries. Guests include the director and screenwriter Michelangelo Frammartino, with a special event dedicated to the underground world in his film, Il buco; the astronaut Luca Parmitano, who will talk about planet Earth, climate change and melting glaciers; and the director Pupi Avati who presents his latest book and most recent film about Dante in the mountains that, as legend would have it, the great poet visited to draw inspiration for his Inferno. The Piazza del Festival will host a total of 91 events: 10 literary presentations, 13 cultural encounters, 2 round tables, 4 exhibitions, 6 concerts, and 12 didactic workshops for children. With a programme of 9 excursions visitors will be able to discover the Lessinia Mountains.

In the Osteria and the Trattoria del Festival visitors can try food and wine products from the Verona area, thanks to the collaboration of small, local producers who favour organic farming.

The common thread of this year will be the peasant world, a theme that touches both the film and literary programmes, as well as the exhibitions, meetings, and many of the other events of the 2022 Film Festival. That peasant world of which Pier Paolo Pasolini, to whom the Festival dedicates a retrospective one hundred years after his birth, prophesied the end, and which is now being rediscovered as fundamental for investigating the relationship between Man and Nature, in the face of the changes that are upending life on the Planet.

The Festival will be presented in person at the Teatro Vittoria in Bosco Chiesanuova, with a wide selection of films also online on MyMovies, the most popular Italian streaming platform, in a virtual screening room accessible from all over the country.

The Film Festival della Lessinia is the only Italian cinematographic competition dedicated exclusively to short films, documentaries, and full-length features about mountain life, history and traditions. The Festival, initiated in 1995 by the Curatorium Cimbricum Veronense Association as a video programme dedicated to the Veronese mountains, gradually expanded to encompass the mountains of the entire world. It excludes from competition, however, works dealing with sports and mountaineering.

The competition was first held in Bosco Chiesanuova in 1995, and in Erbezzo in 1996. It was hosted by the town of Cerro Veronese from 1997-2006, where it first earned national, and then international, recognition. Since 2005, the official seat of the Film Festival has been Bosco Chiesanuova. The screenings will be held at the Teatro Vittoria over a nine-day period during the last two weeks of August. The cinematographic programme will be complemented by special events, retrospectives, international guests, exhibitions, meetings, debates, concerts and other activities concerning mountain life, history, and traditions.

Alessandro Anderloni has been the artistic director of the Lessinia Film Festival since 1997.