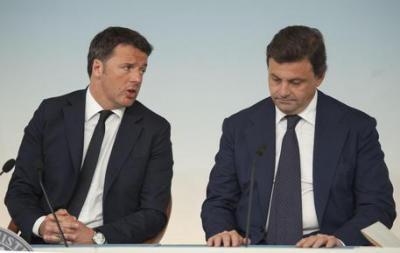 ROME – Azione party leader, Carlo Calenda and former Prime Minister and leader of Italia Viva reached a deal on Thursday to form an alliance between their two centrist parties. The pact comes days after Calenda backed out of agreement with the Democratic Party (PD) leader Enrico Letta.

Just over a month before the early September elections, a ‘third’ pole has been created between the opposing centre-right and centre-left blocs.

"For the first time today a serious and pragmatic alternative to the 'bi-populism' of the right and left, which has devastated this country and ditched Italian Prime Minister, Mario Draghi, has been born," said Calenda on Thursday.

Renzi, who played an instrumental role in bringing Sig. Draghi to premiership in 2021, called for support, declaring, “Now everyone must set to work to save Italy from the nationalists and the populists.... we succeeded with Draghi when no one believed, so let's try again now.” He added that “only a third pole would be able to ask Draghi to stay on as Prime Minister.”

According to a survey published by YouTrend, Calenda and Renzi’s alliance “could change the balance of many single-member constituencies.” In big cities, including Rome, Milan, Turin, and Genoa, the split between the centre-left and the Calenda-Renzi ‘third pole’ “would bring water to the mill of the centre-right.” In the Senate, where there are more single-member constituencies, there are only five constituencies where the ‘third pole’ would be decisive, including in Rome, Tuscany, and Romagna.

The third pole currently has around five to six percent of the vote, while the PD has approximately 30 percent, lagging behind Meloni’s alliance with almost 45 percent.

Although Letta has so far fervently rejected the prospect of a Five Star Movement and PD alliance, Calenda predicted mockingly that the former allies would join forces once again “two minutes after the elections.”