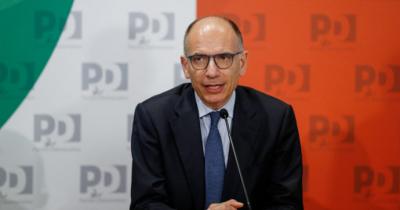 Enrico Letta has relaunched May 2021 proposal to raise inheritance tax

ROME - Enrico Letta of the Democratic Party (PD) has made a pledge to finance underprivileged 18-year-olds with 10,000 euros that will come from a death tax on millionaires as part of the party’s election campaign.

Raising inheritance tax on multi-million-dollar assets to provide disadvantaged 18-year-olds with a dowry comes as one of the first proposals of the Democratic Party as they push towards the Sept.25 elections, currently a close second in opinion polls behind the right-wing Brothers of Italy. Letta announced the party’s proposal on Saturday evening on Tg2.

“It is only right that those who have a multi-million inheritance should leave something behind to society. If this is given back to young people gripped by precariousness it means that generations can help each other,” affirmed the leader of the party, adding that the tax was to be used for education and training costs to help the disadvantaged teenagers become independent from their families.

Letta had proposed the inheritance tax in May 2021 though it was put aside by Italian Prime Minister, Mario Draghi who assessed that the context at the time was not the right one to be “asking for more money from citizens.”

Compared to most countries, Italy’s inheritance tax rate is very low; it currently stands at four percent on fortunes greater than 1 million that go to their immediate family. A study by the Observatory on public accounts of the Catholic University of Milan recorded that in 2018, France collected 14.3 billion euros, the UK 5.9 billion while Italy only collected 820 million from the tax.

Debates between the right who deem it immoral and the left who see it as social equality have been cropping up for years over Italy’s generous inheritance tax. It was former Italian Prime Minister, Silvio Berlusconi and his government who scrapped the tax in 2001. In 2006, the Prodi government reintroduced the tax though with very low rates and this is still in force in today’s government.

The Democratic Party aim to touch 1 percent of the Italian population who receive inheritances and donations exceeding the value of 5 million euros with a rate of 20 percent with their proposal.

Matteo Salvini, leader of the League took to Twitter after the proposal was made. “September 25. Those who choose the Democratic Party choose more taxes, those who vote for the League choose a flat tax at 15 percent and a tax amnesty.”

Liberal party, Action’s leader Carlo Calenda stated, “You don’t need to give 18-year-olds a dowry, rather quality education and less taxes on work.”