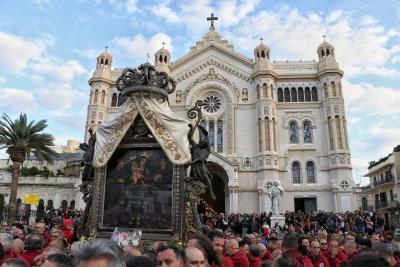 REGGIO CALABRIA - A clandestine network of entrepreneurs stretching across Italy and Eastern Europe has been dismantled by the Reggio Calabrian Anti-Mafia and Guardia di Finanza in a joint operation denominated “Planning”, leading to 12 arrests on charges of criminal conspiracy aggravated by aiding and abetting the ‘ndrangheta, the Calabrian version of the Mafia, police said. Eight others remain free, but under investigation, among them beloved former captain, stellar playmaker, and coach of the Reggina football club, Francesco “Cicco” Cozza, according to an anti-Mafia DIA police report quoted by Fatto Quotidiano newspaper.

An empire of properties, supermarkets, companies, in Lombardy, Lazio, Abruzzo, but also in Slovenia and Romania. In spite of the countless enquiries and trials that troubled them, the entrepreneurs linked to the extremely powerful De Stefano clan of Reggio Calabria have relentlessly continued to operate.

One of the most profitable crime syndicates in the world, the ‘Ndrangheta is a mysterious and tentacular organization, with capillary networks stretching across the globe. Originating in the desolate hills of the impoverished Calabria in the late 18th century, its luciferin will to power now lands it in countries as far removed as Canada.

According to a report by research institute Demoskopika, the clan generates an annual revenue of 53 billion euros, the bulk of which comes from narco-trafficking, arms trafficking, money laundering, and prostitution among others. The financial prowess of the clan is so considerable, as to place it, by revenue, fifth in Italy’s largest companies.

All to often the ‘ndranghta merges seamlessly with the business landscape of the territory it inoculates, rendering agents and sympathizers, practically indiscernible from civilians.

The case is illustrated by the recent investigation directed by the Guardia di Finanza and the Reggio Calabria anti-mafia directorate. According to the files of the inquiry, the ‘ndrangheta integrated in its operative body some of the more or less well-known personalities of the Reggio Calabrian business world. Dominique Suraci, brothers Giampiero and Sergio Gangemi, Antonio Mordà and Domenico Gallo are all accused of alleggedly enabling the infiltration of the ‘ndrangheta in the construction and large-scale food distribution sectors.

Through the covert participation of clan exponents in economic initiatives, organized and managed by companies fictitiously registered to third parties, the entreapeneurs offered professionalism and structure for a common project: bleaching dirty capital, reinvesting it far from home, conquering entire sectors.

The result, an empire of 27 enterprises, 31 real estate units and multiple financial assets and shares, worth a total of 32 million euros.

The operation has led to the application of some precautionary measures, leading to the arrest of 12 people, eight of which have been incarcerated, the other four are in house arrest. Eight are under investigation.

According to the prosecutors Giovanni Bombardieri, Stefano Mussolini’s and Walter Ignazitto,the 48 year old Cozza is one the intermediaries, aiming to make inroads into the large-scale retail sector in Pescara.

All this of course, concealed under a thick layer of fiction, deceit, and intimidation, the standard modus operandi of organized crime, an impenetrable coat of improvised fronts, fictitious companies, subbcontracts and shams, with the sole purpose of infecting entire economic sectors.