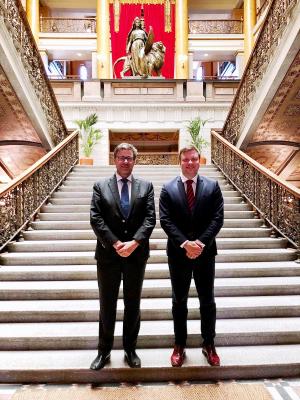 HELSINKI - Wärtsilä has decided to divest its Trieste production plant, firing 451 out of 973 employees. This was stated by the Finnish multinational that plans to reduce production in Trieste, Italy, and to centralise the production of 4-stroke engines in Vaasa, Finland.

It is expected that the end of production in Trieste will impact about 450 employees with potential redundancies.

The estimated total annual cost savings are around €35 million by 2025 and the associated transformation costs are expected to be around 130 million euro, of which the impact on cash flow is approximately euro 75 million. The discussions between Wärtsilä, the workers and the Italian authorities and institutions will begin in line with Italian legislation.

According to the marine engine manufacturer, “Italy and Trieste will continue to be very important for Wärtsilä in many areas, as we aim to shape the decarbonisation of the industries marine and energy industries. In the difficult circumstances of recent years, our employees in Trieste have done a commendable job. However, we must centralise our footprint manufacturing in Europe. Italy and Trieste will remain very important for Wärtsilä. Our site in Trieste will focus on research and development, sales, project management, sourcing services and training. An important part of our employees in Trieste is now engaged in these activities.”

The trade unions did not react well to this news, “The decision is totally unacceptable. Wärtsilä's decision to close all production in Trieste and relocate it to Finland must be returned to sender, and once again demonstrates the ineffectiveness of Italian legislation in countering the power of multinationals and preventing production relocations,” commented Luca Trevisan, Fiom-Cgil national secretary, and other trade union leaders.

“We are surprised and very irritated by the unjustified and incorrect decision of Wärtsilä, which suddenly announced the closure of the production line in Trieste. I spoke with Finnish Minister Ville Skinnari, who was also unaware. I have already ordered the immediate summoning of the company's top management for an explanation of their behavior, also in light of the fact that the Finnish company had initiated negotiations with my ministry to close an innovation agreement,” said Minister for Economic Development Giancarlo Giorgetti. He recalled that two months ago he had summoned Wärtsilä’s top management together with regional president Massimiliano Fedriga to monitor the situation. “On this occasion and others,” the minister added, “the Finnish company has continued to deny any divestment, assuring renewed interest, also in light of the tools that my ministry had made available.”

While Wärtsilä leaves, the Marcegaglia group signed an agreement to acquire 100% of all the main companies in the stainless-steel long products division of Outokumpu, a Finnish multinational world leader in the production of stainless steel and among the recognised champions of sustainability. The transaction includes an electric furnace steel mill for special steels, a wire rod rolling plant a wire rod rolling plant and a bar production plant in Sheffield (UK); a bar production plant in Richburg (USA); a wire rod hot-rolling mill and a wire drawing mill in Fagersta (Sweden).  In 2021, the division generated revenues of euro 810 million with an Ebitda of euro 47 million., employing around 700 people. The total value of the transaction (enterprise value) amounts to euro 228 million. The parties expect to complete the transaction by the end of this year, after the go-ahead from the Competition Authorities. The Marcegaglia group, for the first time in its history, is investing in the primary production of steel. A strategic operation, also of strong symbolic value: in 1913, in fact, in Sheffield was the birth and development of stainless steel.

“Thanks to this important transformational acquisition, our group further strengthens its special steels business, in two strategic lines,” commented Antonio and Emma Marcegaglia, respectively president and vice-president of the eponymous group.

The first relates to stainless steel flat products, where there is a partial upstream integration of the value chain with a view to shortening and stabilising the supply chain and developing an offer of increasingly sustainable and competitive products. The second, by significantly expanding the production of long stainless-steel products and further enriching the range of products and types of steel. The operation also aims to consolidate the position in the international markets, acquiring additional market shares in both Europe and North America. Through this operation, thanks to innovation, the spread of low-emission technologies emissions and resource efficiency, the Marcegaglia group accelerates on its important path of reducing energy consumption and greenhouse gas emissions.