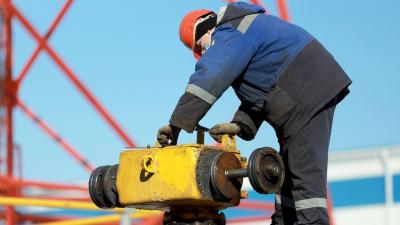 Russia to cut gas supplies to Italy by 50 percent

MILAN - In further cuts, Gazprom will curtail gas flow to Italy by a third compared to the average of the last few days due to maintenance work, energy giant Eni reported on Monday.

Since mid-June, the gas supply cuts to Italy total as much as a half. Fears of a complete cutback of Russian gas supplies rack the whole of Europe.

Last month, Eni reported that Gazprom would only supply 50 percent of the requested gas supply volumes to Italy, equal to approximately 63 million cubic metres, naming technical faults as the cause. However, Italian Prime Minister, Draghi denounced this explanation, claiming that “We are seeing a political use of gas, just as we have seen a political use of wheat,” referring to the wheat blockage in Ukrainian ports in June.

The cuts come as Italy has been hit with droughts and heatwaves in the past months, causing concern about adequate storages for the winter due to the country's heavy dependence on Russia for its gas supplies.

The German news agency, Handelsblatt also reported concern due to Russian gas supply cuts, writing that next winter will be “cold, dark and expensive.”

On Monday, annual maintenance work will begin on the Nord Stream 1 pipeline, stopping Russian natural gas shipments to Europe. Gazprom supplies reach Italy through the Trans Austria Gas Pipeline and the Nord Stream 1. European leaders worry that Russia may completely shut off gas supplies in 10 days, when the pipeline is expected to return to normal operation. This pretext of maintenance, it is feared, could give way to a Russian retaliation over European sanctions on Ukraine invasion, following Draghi’s visit to Kyiv with French and German leaders to show solidarity. French minister, Bruno le Maire, voiced concern that the pretext is “the most probable” to bring a halt to gas supplies from Russia. Robert Habeck, a German minister, has also voiced fear of a complete stop that could be possible starting on Monday.

A long-term shutdown of the pipeline would have dire consequences, worsening the energy crisis in Europe. Ignazio Visco, the Bank of Italy Governor, declared that if Moscow were to halt deliveries altogether, Italy would face a recession amidst soaring prices.