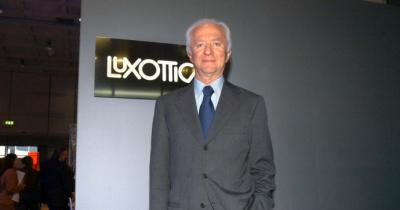 Del Vecchio passed away in hospital after being admitted with Pneumonia

MILAN- The founder and owner of the Italian eyewear conglomerate Luxottica, Leonardo Del Vecchio has passed away after being admitted to hospital with pneumonia.

Del Vecchio, who was born in Milan in 1935, was one of the most influential Italian businessmen in recent times.

His eyewear conglomerate, founded in 1961 in Agordo, has a workforce of over 180,000 employees and during its time acquired the likes of Oakley and Ray-Ban.

At the time of his death, he was the second richest man in Italy and the 62nd richest in the world.

He is survived by his six children and his wife Nicoletta Zampillo.

The EU Commissioner for the economy Paolo Gentiloni said that “Leonardo Del Vecchio was a great Italian. His story from being an orphan to managing an economic giant seems like a story from a different era but he is an example for now and the future.”

Luca Zaia, the president of the Veneto region said that “I often say that only pessimists do not make fortunes and I think that Del Vecchio was the living proof of this. He was a man who, with his determination and vision for his work, rose from nowhere to be one of the most successful entrepreneurs in the world. I will remember him as one of the architects of the economic revival of our area and Veneto owes him a lot.”