Cultural revival action plan for the ‘Year of Shusha’ in place 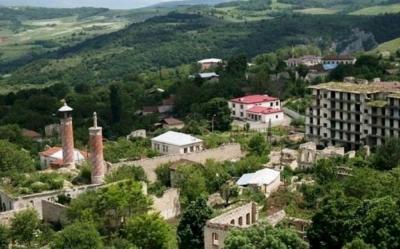 After the liberation of Azerbaijan lands from invasion, landscaping construction work is being carried out in the Garabagh region, as well as significant construction work in Shusha, a well-known city that has hosted international events.

Shusha was occupied by Armenia in 1992 and remained under invasion for decades, during which historical monuments of Azerbaijan were destroyed. Shusha was liberated from occupation on Nov. 8, 2020, breaking the resistance of the occupiers who signed a capitulation.

On this day, in his appeal to the nation on the occasion of the liberation of Shusha, President Ilham Aliyev stated that this city, the pearl of Karabakh, will soon be revived and restore its former glory.

Thus, Shusha is a symbol of freedom of Karabakh, which was under occupation for 30 years, as well as of justice, peace and security. The announcement of 2022 as being the Year of Shusha by President Ilham Aliyev thus carries a special meaning.

The “Kharibulbul” music festival in Shusha is also of historical significance. The city will continue to hold numerous events within the "Year of Shusha". Further, the holding of a meeting in Shusha dedicated to the 30th anniversary of the Azerbaijan-UN partnership confirms that the international community accepts the realities of the post-conflict period. An international conference on “ Cultural Heritage” is also set to take place within  the Global Baku Forum, the international conferences “A new look at the South Caucasus: post-conflict development and cooperation" to be organised by ADA University, as well as continuous,  various cultural and scientific events.

Today, Shusha has returned to its owners. The city is quickly developing and aims to become one of the most beautiful tourist centres of the world. A number of foreign politicians, scientists, experts, and journalists have visited Shusha, the ancient city of Azerbaijan. We invite our colleagues working abroad to Shusha and wish them to see our majestic cultural capital.