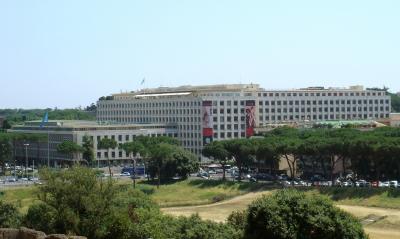 ROME – At the Food and Agricultural Organisation (FAO) headquarters, 28 employees of the catering sector face imminent dismissal, as Elinor Spa, the company previously in charge, reached the end of its contract on March 17 and hopes that a new company will take over have been dashed, said Roma Today on Monday.

Unemployment benefits are set to end on July 2, meaning the situation has become desperate for these workers.

“The FAO hides itself behind international treaties and does not acknowledge us. We have referred to the rules of national collective agreements and the procedures on change of contract without avail. Even during our protests in March, FAO failed to summon us,” Davide Favero, president of CLAS, explained to Roma Today.

Elior had placed the employees on temporary layoff in March until April 2 with hopes that the service would be handed over to the Eden Caffè company, though since nothing has been clarified on the matter. The employees have been left without answers and unions have turned elsewhere for action after having been unable to speak to the FAO.

“On March 25, we asked for a meeting with the president of Lazio, Nicola Zingaretti. Then on May 12, we made a direct request to the labour minister, Orlando. We wanted to take the negotiation to the highest level. Unfortunately, in neither attempt did we get any response,” Favero added.