All defendants of Shalabayeva case acquitted on appeal 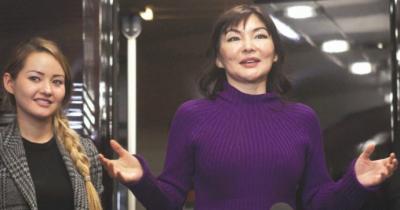 PERUGIA – The Court of Appeal of Perugia exonerated the defendants accused of kidnapping Alma Shalabayeva on Thursday, after more than nine years of investigation and almost ten hours in the council chamber, said authorities.

The former heads of the mobile squad and of the immigration office of the Rome Police Headquarters, Renato Coretese and Maurizio Improta were fully acquitted from the accusation of kidnapping Shalabayeva, wife of the Kazakh dissident Muktar Ablyazov, as well as police officers Francesco Stampacchia, Luca Armeni, Vincenzo Tramma and Stefano Leoni and the then justice of peace Stefania Lavore.

The kidnapping case caused widespread outrage at the time. In 2013, Shalabayeva and her daughter were taken by the police from their home in Casalpalocco, Rome, boarded onto a plane, repatriated from Italy, and expelled to Kazakhstan on charges of being in possession of a fake passport.  The policemen who carried out the repatriation were convicted of kidnapping in the first degree and ideological falsehood. Giuseppe Procaccini, Interior Ministry’s chief of staff, resigned in 2013 over the expulsion.

The appeal sentence overturned their previous sentences. In 2013, Cortese, Importa and Armeni were sentenced to five years, Tramma to four years and Leoni to three years and six months after having all been found guilty of kidnapping Shalabayeva. The Perugia Court of Appeal ruled that the fact was disproved, and the Court believed it to “not exist”. Though, lawyers of Shalabayeva's family are expected to appeal to the Supreme Court following the case's verdict.