From Paradise to the stocks 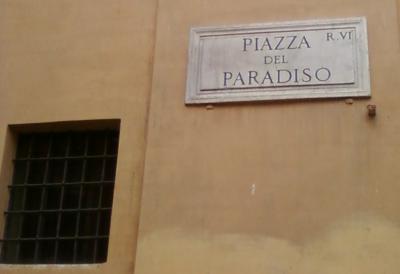 ROME- If I am lucky I can park my car in Paradise – piazza del Paradiso, so named for a mediæval inn known for its gastronomic delights. One day in March, there was a space which I eagerly took, forgetting that I had not renewed the resident’s permit. The resulting fine sat on my pile of chores to be dealt with… later.

On 6 June, not even two and a half months later (instantaneous by Rome standards) the city council sent me a raccomandata or recorded delivery. I went to the post office to pick up a letter from a city office in Pomezia, 30 km away. The post office is close enough, the wait a mere ten minutes and fairly cool. Instead of telling me where and how to pay the fine, the letter tells me that there is another document waiting to be picked up in another city office. This is turning out to be a reverse treasure hunt.

The next stage is an office near the Circus Maximus so I at least have the river, Sta Maria in Cosmedin (near the Bocca della Verità), and the little temples opposite. The office, too, is empty and two women look up from the magazine they were reading (their only activity) to search for my envelope out of a huge bundle of other malefactors’; they give me the documentation and the way to make amends. My bank is another 10 minute cycle ride away, on the flat, and mostly shaded. Only when I get there, I discover that they are not enabled to pay traffic fines… only two banks can and even then, it is not easy, you have to punch in 18 digits in order to pay at an ATM.

Instead, I discover that state lottery agencies also have the franchise and happen that my nearest Lottomatica is in… piazza del Paradiso, where I go and pay.

My little saga begins and ends in Paradise. It has cost me €52.43 and couple of hours, which with a bicycle, a decent temperature and Roman monuments were not unpleasant. But I could have been doing something more productive. The cost to the city was the computer, printer and operator in Pomezia to send me the first notice; another computer, printer and clerks in Rome to give me the full documentation and then the lottery agency to take the fine and the software to tell the city accountants that I have paid.

This is a banal and boring story matched by thousands elsewhere in Italy and no doubt other countries. The point today is that the government has just passed a decree cutting public spending by reducing public employees (at national, regional and city levels). There has been the predictable outcry from the unions and most of the left on the iniquity of such measure but I fail to see how the human resources employed to get me to pay my fine are doing anything useful. This is the Roman equivalent of paying people to dig holes and then to fill them in again, but without the Keynsian consciousness… or irony.

Only later did I discover that piazza del Paradiso had previously been called piazza della Berlina Vecchia – the place where those guilty of misdemeanors were exposed in stocks or cages, so maybe I got off lightly after all. 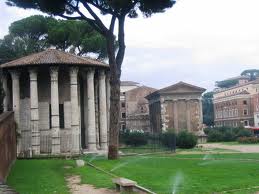