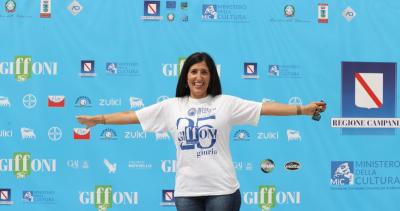 ROME – Italy’s education ministry, seeking to head off EU infringement proceedings for decades of racist discrimination against UK and other foreign university lecturers, has ordered Italian university rectors to advise by May 31 how much they need to pay off arrears to the long-suffering lettori.

Despite the memorandum issued this month by the Italian education ministry director general for universities, inclusion and the right to study, Marcella Gargano, who indicated the state will subsidise universities to pay off money owing to foreign lecturers, however, harassment of lettori by Italian authorities continued in Tuscany.

In Florence, government consultants claimed that six foreign lecturers who worked at Pisa University had been overpaid wages ranging from 71,000 euros to 154,000 euros each and ordered them to repay the money. Two of the six would have to pay posthumously, however, as they had recently died, union officials said.

Following a judgment of the Italian Court of Cassation,  a Florence  Court of Appeal ordered a technical consultant to report on sums of money that six foreign lettori at Pisa University were seeking in execution of European Court of Justice rulings.

The consultants report, issued April 22, says that the six lettori owed their employer sums of money ranging from 71,000 to 154,00 euros each. Two of the six are dead, while one is on pension.

David Petrie, president of the Association of Foreign Lecturers in Italy said, “We have forwarded the technical report to the European Commission. The Commission is currently in talks with the Italian authorities with a view to bringing 30 years of litigation to an end. The nub of the matter is that Italian courts were applying law 63 of 2004, that was endorsed by the European Court of Justice as conforming to EU law. Subsequently, however, the Italian government enacted article 26 of the so-called Gelmini law of 2010 – it is the application of this law that leads to the self evident absurdity of a lettore being paid 1.500 euros a month after 31 years service being told to repay 150,000 euros  for ‘erroneously paid’ arrears on wages.”

“That this should happen following six favourable rulings of the Court of Justice of the European Union is gobsmacking,” Prof. Petrie said.

The memorandum sent to University rectors by Dr Gargano, may raise hopes of some lettori who were employed before 1995, receiving some compensation.

However Prof. Petrie cautioned that “the sticking point is the co-financing … universities will not want to cough up a cent from their own budgets.”

Meanwhile on Tuesday 22 May, a Milan judge granted Milan University’s request for adjournment of a hearing concerning three lettori, citing the ministerial circular and requesting more time for the delivery of the arrears due to the three.