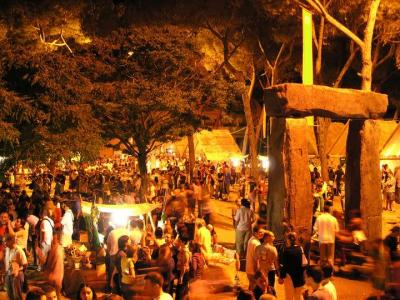 ROME- The annual Fairylands Festival celebrating Celtic art, music, and food will inaugurate its seventh edition this Thursday through Sunday in town and commune Guidonia Montecielo, 27 km NE of Rome.

The re-enactment of one of the oldest and most evocative cultures that has permeated the history and tradition of Europe will be created with sounds of harps, violins, flutes and bagpipes, the taste of beer, cider, and traditional recipes.  Lastly, the festival will offer literature and folklore about the Celts’ many thousand years of history.

Guidoniawas erected as a commune in 1937 by Benito Mussolini, its name was chosen to honour the Regia Aeronautica general Allessandro Guidonia (1880-1928), who had died on 27 April 1928 while testing a new parachute at the air force facilities.

Fairylands Festival is the first Celtic music and culture festival of Southern Italy.

The schedule of events and more information can be found on the festival’s website: http://fairylandsfestival.org/programma.html