Oil, health and the environment: a trip to Lucanian grounds 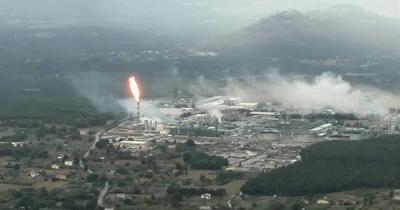 VIGGIANO – This town in the southern province of Potenza famed for its shrine of the Black Madonna and strolling harp players is located near the Lucanian Apennine National Park, in what can be likened to a “green lung.” However the celebrated music of the harpists has been replaced by the noise of underground oil extraction from Europe's largest onshore hydrocarbon field.

The promise of innovation made by the arrival of the Oil Centre back in 1996 has remained just that, mere words. Uncertainty, danger and disorder are intertwined with the struggle to safeguard health.

Citizens are left in disarray and are becoming increasingly aware that the multinational corporation will never adapt to the land, rather the latter to the industrial giant.  The energy giant ENI arrived in the valley almost 30 years ago and continues to hold the record as Europe’s largest oilfield on dry land.

Seven to 10 per cent of Italian national production comes from Viggiano, causing both inconvenience and advantages. Many of its citizens are employed in the oil centre and to a large part of them, work matters more than health.

The valley was once a true and thriving greenspace. Some plantations now struggle to grow there, the chestnut tree being an example. The transformation of the land is made particularly evident in a very specific area, between the industrial zone and the town centre. It is an area in the midst of a continuous negative transformation. The area has an ancient history, the land was exploited for the cultivation of olive trees and vines and for the production of basic necessities.

Today, these same lands have been sold or abandoned. The animals in the surrounding areas appear visibly diseased and unkempt and the houses built not so long ago now bear huge cracks from the constant tremors of drilling. The oil is being extracted day and night. It is relentless.

We now find ourselves having to account for past mistakes; there have been over 100 accidents in the last eight years. Eni labels them “episodes,” quite normal and completely precedented.  However, this is not the case. In fact, we continually witness atmospheric emissions that show themselves as high flames, nauseating stenches, as well as daily tremors in the valley.

The Oil Centre plant is outdated, the technology used and the safety authorisations in place date back to the 1990’s, and the operations have never been controlled or inspected.  The Regional Government of Basilicata shows no interest, even for the purpose of simple studies, in assessing what the health consequences for the citizens really are. Why is this? Perhaps because 55 percent of the revenue generated by the plant goes straight into the Region’s pockets. It is not worth asking questions, this would be inconvenient for everyone.

But I cannot, and we should not, remain silent about what continues to emerge in Viggiano.

We cannot act as though everything is going well with the drilling. In cases like these, silence is deadly and appeases consciences. The Viggiano Oil Centre is the first fully digitalised plant in which the most innovative technologies are at work. It certainly generates employment. Should we leave it at this? Or rather, conduct an in-depth and scientifically based investigation into whether it is right to impose on an entire territory the cumbersome presence of the Oil Centre? The Centre has undeniably wreaked havoc on the landscape and if this turns into an ecological disaster, the question arises -- how can the hands of man be used in such reckless and ignorant ways? It would do well to try and balance the opposite sides. To make plans to create more jobs on the one hand, whilst on the other hand, try to keep the principle of sustainability intact within this, the only way we can also preserve health.

Can the power-hungry yearning of man to produce and expand be curbed by the essential need to protect the environment and its landscapes that keep us alive? Nature is our Mother, she gives us the air to breathe, the earth to draw fruit to eat, the light of the sun to brighten and warm us, and the darkness of the night to rest and to listen to the mystery.

It is our duty to listen to the great nature and to reconcile the way we treat its abundant beauty that can be so devastatingly exploited by man.

the clouds billow with air,

even ants scurry away

to save their skin

The wind marks its presence

flowing between walls upon walls of a solitary stone.

The faint sun peeks through gaps in the sky

that do not yet fear

a life that runs faster than time itself,

time that dies in faraway horizons

in the light of celestial bodies.