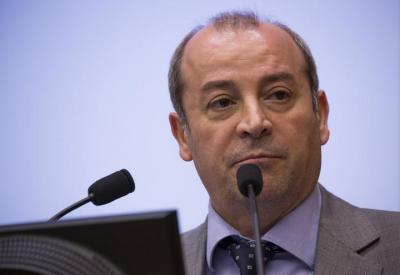 Italia Civile e Popolare, ICP, is a party whose primary goal is to work, improve and advance Italy through the active participation of civil society in Italian political life.

The ICP wishes to create a pact between citizens and politics, for a re-launch of the idea of ​​synergy and sharing, between elected representatives and voters.

A formal agreement based on a few principles will guide its future path, around the bonds of commitment, honesty and concreteness.

By doing so, the ICP intends to bring the citizen back to his natural role as protagonist, at the centre of political action, a sine qua non condition for equitable social cohesion.

In terms of choices in economic matters, the ICP undertakes to act so that Italian companies could be more competitive, thanks to credit support, the reduction of the tax burden and the strengthening of the guarantee fund, to be incentivized for the benefit of small and medium-sized industries.

The ICP is convinced that in order to promote the competitiveness of local businesses, it is necessary to accelerate the path of internationalization, the digitization of production processes and innovation.

It is also urgent to guarantee companies' access to the necessary energy resources under competitive conditions, by entering into direct negotiations with the various suppliers.

All this, with the aim of enhancing the strengths of the productive world and accompanying this intent by acting at European level, for a more streamlined bureaucracy, aimed at highlighting the cultural, tourist and agricultural activities of the territory and promoting the destinations Palermo and Sicily, through an adequate projection of their local excellences.

With regard to healthcare, at the forefront of citizens' concerns with a pandemic that is still threatening, the ICP considers it a priority to strengthen proximity medicine with a commitment to act for a reduction in waiting lists, which must be accompanied by a higher quality of services offered.

Another sector that is at the centre of our party's program is the school, which requires a more extensive autonomy and a plan for the digitalization of teaching, such as to integrate modern world synergies.

Without neglecting safety – a theme that has always stood out in the ranking of the interest of Italian citizens – the ICP is determined to continue the fight against organized crime and terrorism at local and national levels, strengthening the prevention and integration of the monitoring systems of European partners, with a specific eye on the scourge of illegal immigration, trafficking in persons, with scrupulous application of the agreements stipulated with the countries of origin of illegal migrants.

It is also our commitment to increase the control of the territory against illegal landfills, environmental anomalies and contaminated sites, with the establishment of an ad-hoc commission, aimed at providing immediate solutions for an urban redevelopment plan, with a recovery plan for the suburbs.

All this passes through the implementation of a large infrastructural project for the city of Palermo: with the program of safe roads, high speed and renewed reception capacity, which provides for a modernization of ports and airports.

With these programmatic points, we undertake a commitment with our party activistsand future voters, to act in defence of their interests, having a clear political and moral obligation to make up for lost time and do better than others in Italy and in Europe.

Today we aim to relaunch Palermo and Italy, together with our allies, for a challenge that collects our best resources, for a better administration of Palermo and our beloved Italy!