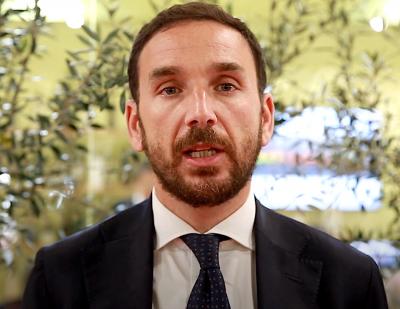 ROME – Coldiretti, the farmer’s trade union, has flagged the growing number of wild boars as a significant problem, both for the direct threat they pose to human safety and the indirect issues of crop damage and running into roads, said Italy’s national news agency.

On Sunday, a woman named Marta Santangelo was attacked near her home in northern Rome by two adult wild boars with their six boarlets. Santangelo’s dog defended her and managed to scare off the animals, saving its owner from potentially much worse harm.

"This is not admissible in a capital,” said David Granieri, president of Coldiretti Lazio, commenting on the latest aggression of boars towards humans in the city. “Wild boars now represent a serious danger for citizens and also for our farmers, who due to their proliferation are forced to suffer constant invasions in the fields that destroy their crops.”

In some cases, farmers have seen up to 80 percent of the crop damaged.

In Lazio, the cost of damage caused by wild boars estimated by the Coldiretti regional federation went from an average of 3.5 million euros in previous years to 10 million euros in the pandemic period alone, an unprecedented increase. In just the city of Rome and its province, damages amounted to approximately two million euros of this cost, and that in the span of only one year.

Coldiretti also pointed out the risk to drivers. According to Asaps data, an accident occurs every 48 hours with 16 victims and 215 injured in the past year. This is the tragic outcome of the skyrocketing numbers of boars and other wild animals, which break down fences, block rivers and cross roads and motorways, putting people's lives and safety at risk.

In the last 10 years, according to Coldiretti estimates based on Aci Istat data, the number of serious accidents with deaths and injuries caused by animals has seen an increase of 81 percent on provincial roads.