Sant'Egidio press conference on Ukraine after 50 days of war 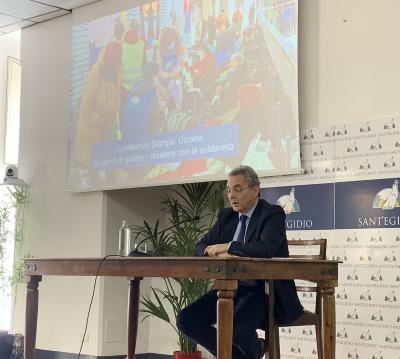 ROME – During a press conference on Thursday organised by the Community of Sant'Egidio to discuss the war in Ukraine, speakers presented the humanitarian work carried out thus far, both in Ukraine and other European countries.

The president of Sant'Egidio Community, Marco Impagliazzo, led the conference during which the audience heard from the head of Sant’Egidio in Ukraine, Jurij Lifanse, and Giulia, a Ukrainian refugee.

“We arrived agitated, frightened, distressed by the future because one cannot live among the sirens and the bombs that hit your head," said Giulia. "Here we have found hospitality and love, we are following Italian courses, our children go to school and have new friends."

Lifanse participated the press conference online from Lviv. He highlighted that “thanks to volunteers in the country we are able to bring aid directly to the refugees in Kharkiv, Bucha, Dnieper, and Kiev. Unfortunately it is impossible to get help in Mariupol, many people are stuck in shelters, sometimes under the rubble.” The situation is also becoming more difficult in Lviv because the population has increased by 30 percent since taking in so many refugees from the rest of the country.

According to data presented by Impagliazzo, 620 refugees from Ukraine have been taken in by the Community of Sant'Egidio in Rome and another 210 people who fled the war are hosted in various other regions of Italy such as Campania, Piedmont, Friuli and Valle d’Aosta. In total, through the Community, they hosted about 1,500 Ukrainians in Europe.

The Sant'Egidio Community has so far sent 110 tonnes of necessary things in lorries, including a whole lorry loaded with blankets and sheets. The president of Sant’Egidio underlined that there is a huge demand for medicine. Some 73,000 packs of medical supplies and drugs, especially for dialysis patients and for treatment of the thyroid gland, were delivered to the war-torn country. 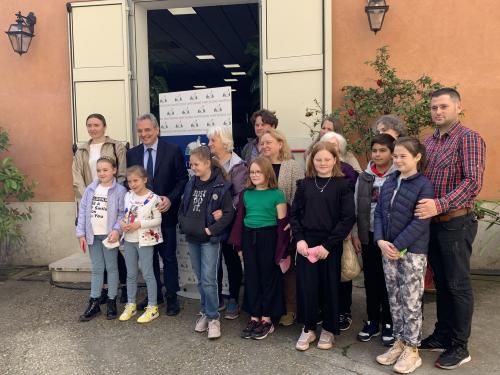