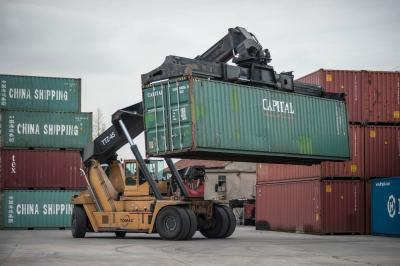 MILAN – The war in Ukraine has exacerbated the criticalities on the supply chains caused by the pandemic, with sharp increases in the prices of some raw materials and with increasing delays and increases in freight logistics that hinder the normal operations of companies, according to a report by Assolombarda, the association for industrial and service companies in the Lombard capital.

In the first quarter of 2022, more than half of manufacturing companies in the northwest (51 percent) said they were suffering from obstacles to exports. Among the main adverse factors were the "prices and costs" (for 24 percent of companies) and the "extension of delivery times" (for 15 percent). The number of companies that highlighted "other factors" among the main obstacles affecting exports has increased considerably, from 8 percent in the fourth quarter of 2021 to 26 percent in the first quarter of 2022, an increase at least partly attributable to instability caused by the Russia-Ukraine conflict.

The logistics framework has been characterised by great uncertainty for some time now. Throughout 2021, delays in supply chains gradually intensified, only to decrease between January and February 2022, thanks to the first signs of easing of the pandemic restrictions. But in March 2022, with the outbreak of the war, average delivery times began to grow again throughout the euro area.

In terms of costs, the invasion of Ukraine has led to considerable increases in the freight rates of the sea routes adjacent to the affected territories, both for small-sized oil tankers deployed between the Black Sea and the Mediterranean, and to cargo ships transporting grain and cereals passing through the Black Sea. For the moment, the local increases connected to the war do not affect the aggregate indices, with global shipping costs continuing to move along the trends previously underway (stationarity at high levels of air cargo costs and above all of container freight rates, high volatility for bulk carriers).

A second focus concerns the prices of raw materials which, more than a month after the start of the conflict, remain at levels higher than those of early February 2022 and above all well above the pre-pandemic period. The price of European natural gas, after the extraordinary peak at the beginning of March, on March 28, 2022 stood at 102.5 euros per MWh, an increase of 818.2 percent compared to January 2020.

The price of crude oil continues on a growth trend, up 79 percent, while strong tensions are also confirmed for the prices of wheat and corn (an increase of 89.4 and 96.2 percent respectively), sunflower oil (up 182 percent) and for the fertiliser urea and ammonium nitrate (up 396 percent).

Steel is unable to absorb the increase recorded after the outbreak of the conflict (208.3 percent) and the price of nickel continues to be characterised by high volatility (currently up 154.3 percent), while aluminium and copper remain at particularly high levels (106 and 71.2 percent respectively).