Half of Italian army tanks are not battle ready 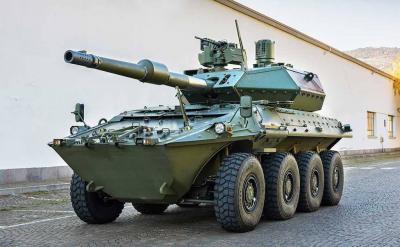 ROME – A circular sent out by Italian Army General Staff signalled a state of pre-alert with regards to the war in Ukraine, however there the Italian armed forces are far from battle ready, said Il Fatto Quotidiano. For years the Italian Defence has lacked resources, means and men, reducing the country's ability to deter attack and protect itself.

Only half of the 125 tanks are in working order. The army has 95,511 military personnel, but in 2020 only 20 percent took part in military exercises. Another 20 percent, equal to 19,389 soldiers, was employed in tasks for missions abroad or for operations such as ‘safe roads,’ launched in 2008 to combat crime.

A decree was passed March 1 which committed the government to raise military spending to 2 percent of GDP. Defence leaders have said for a long time that this is the minimum spending needed to guarantee the military to work properly.

General Luca Goretti of the Defence Commission clarified that "nothing would be enough to find us at war" and reiterated the request for greater investment, specifying that the reduced investment of recent years were dictated "by the erroneous belief that a higher level technology can compensate for an ever smaller quantity."

Meanwhile the Navy, former Chief of Staff Giuseppe De Giorgi points out, now has just two aircraft carriers and too few men to guarantee their functioning.

Goretti also addressed the question of arming drones, which he said “can be used to reduce the risk of loss of human life.”