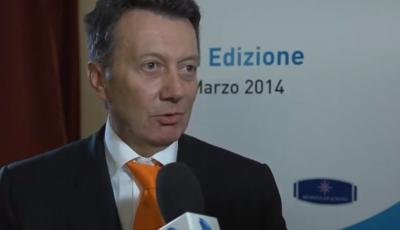 BRESCIA – Paintings by Picasso, Cezanne and Kandinsky are among the items confiscated by police when they raided the luxurious country villa of 63-year-old Lanfranco Cirillo, enigmatic designer of ‘Putin’s Palace’ on the Black Sea and projects for 43 oligarchs, who is accused of avoiding tax on 50 millions euros, authorities said.

Cirillo said he was “surprised” by the charges as he claims the money was earned while living in Russia for over two decades.

"In Russia I am proud to have carried out important works, employing dozens of Italian companies and bringing the best of Italian excellence to the homes of many of the most important and influential people,” Cirillo told the Giornale di Brescia. “I have already started to collaborate personally with the magistrate, and I will continue to do so until my position is fully clarified,” he said.

In the meantime Cirillo, who was born in Treviso but has been resident in the countryside of the Brescia province since the 1990s, is currently prohibited from travelling in his helicopter (that he personally pilots), as it has also been confiscated by the prosecutor, along with the assets in his villas on the Costa Smeralda.

Cirillo’s lawyers Stefano Lojacono and Chantal Frigerio assure that "documents will also be acquired in Russia, albeit with difficulty due to the dramatic events this week, to demonstrate that Lanfranco Cirillo made Russia the home of his business, his interests and his relations for more than 20 years, and that only there, therefore, did he generate his income.”

According to the Brescia investigators, however, ‘Putin’s architect’ had not really moved his activities to Russia, but had located the companies abroad to avoid paying taxes in Italy. The regional Prosecutor Erica Battaglia has accused Cirillo of unfaithful tax returns, self-laundering and violation of the code for the protection of cultural heritage. From 2013 to 2019, Cirillo allegedly subtracted a taxable amount of 50 million euros from the tax authorities and laundered the proceeds.

In August 2014, Putin signed an order granting Cirillo Russian citizenship and in an interview with La Repubblica that same year, he said some 1000 employees worked in his studio 'Masterskaya’ in Moscow. However, he left the Russian capital in 2016 to be close to his daughter Elisabetta, who had been diagnosed with breast cancer two years prior. She died from the illness in 2019, aged 33.

Cirillo first travelled to Russia in 1993. He fell in with a circle of oligarchs and proceeded to follow in the footsteps of Italian architects who were commissioned to design buildings for Russian ruling elites, such as the Winter Palace in St Petersburg and the Kremlin in Moscow. Cirillo, a reserved man who chooses to keep a low profile, confirmed that he designed the ostentatious Gelendzhik palace on the Black Sea, but said he “didn’t design it for the president,” but rather “a client who asked me to draw it.”

“I drew it and I received money for the project. I don't think there's anything bad for an architect to earn money,” he said in a 2015 interview with Radio Free Europe.