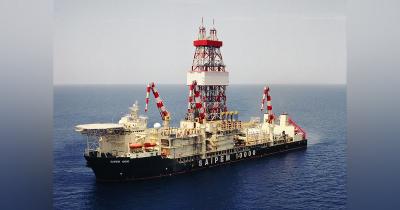 SAN DONATO MILANESE – The Tribunal of Algiers has decided to fine the Saipem energy group 192 million euros in relation to the criminal proceeding ongoing in Algeria since 2019, connected, inter alia, to the 2008 tender for the award of the GNL3 Arzew contract.

Saipem Contracting Algérie and Snamprogetti SpA Algeria Branch will appeal against the conviction of the Tribunal of Algiers, with consequent suspension of the effects of the same decision.

The Saipem group, 30 percent of which is controlled by Eni, notes that the Italian judiciary authority - further to criminal proceedings in which the process of awarding the GNL3 Arzew project in 2008 had also been analysed – fully acquitted the Company on Dec. 14 2020.

With reference to criminal proceeding ended with the decision of the Tribunal of Algiers, the companies Saipem SpA, Saipem Contracting Algérie and Snamprogetti SpA Algeria Branch were charged, in accordance with Algerian law, of allegedly “having obtained a contract, with a price higher than the expected value, concluded with a state-owned commercial and industrial company, benefitting of the influence of representatives of that company” and of “false custom declarations.”

The decision of the Tribunal of Algiers, in relation to both the above charges, imposed a fine and compensation for damages against Saipem SpA, Saipem Contracting Algérie and Snamprogetti SpA Algeria Branch for an overall amount of about 192 million euros equivalent. Following the decision of the Tribunal of Algiers, Saipem will book costs for an equivalent amount at the end of the fiscal year 2021, costs whose payment is suspended following the appeal against the decision.

The reasons for the ruling have not yet been made available by the Tribunal of Algiers.

Additional information on the proceedings in Algeria are detailed under the section “Legal Proceedings” of Saipem’s Interim Financial Report as of June 30, 2021 (pages n. 129 and 130).

The fine could have an impact on the group’s 2021 financial statements due to be presented on Feb. 24.