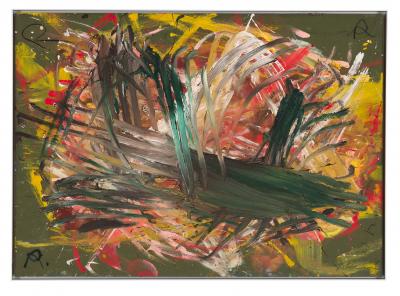 FLORENCE – An exhibition of Arnulf Rainer’s art at Galleria Poggiali in the Tuscan capital has proven so popular it has been extended until March 5, the organisers announced.

‘Colours in the Hands,’ curated by Helmut Friedel, presents a large corpus of previously unseen works by the Austrian painter.

On show are examples of Rainer’s distinctive styles, spanning from the late seventies to the early 1990s.

One of the artist’s standout techniques is that of scooping the paint directly in his hands and applying it, somewhat vehemently, to the surface with his fingers. The resulting aesthetic is textured and highly expressive.

"Between 1981 and 1983 the paintings made with hands and fingers were born,” explained Friedel, the exhibition’s curator. “Colour is pressed with all strength on cardboard. On his knees, the painter works from one surface to another, grasps the oil colours, feels the full presence of the material in his bare hands, which he does not protect even with gloves.”

“Thus, like a demiurge, he forms expression as representation.”

“Some drafts of colour recall hands seeking help that never stop and resemble screams; others, more conciliatory, surround an imaginary object or space and drag other colours with them, thus generating a wild expressive dance, the dance of direct expression.”

“The encounter with Arnulf Rainer's work is always a source of surprise.”

“His paintings amaze and fascinate for the vivacity of the application of colour, of the chromatic veiling, intense and violent in the structural images whose surfaces are performed in subtle reliefs in order to then be able to absorb the colour even more intensely.”

Known to the general public for his abstract and informal art, Arnulf Rainer was born in Baden, Austria on Dec. 8 1929. During his early career, he was influenced by Surrealism, then evolved his style towards the destruction of forms, with the blackening, repainting and masking of illustrations and photographs that dominate his later works. He was very close to Viennese Actionism, characterised by body art and painting under the influence of drugs.

For a long time, he painted the relationship between life and death focusing extensively on the theme of Hiroshima in relation to the nuclear bombing of the Japanese city and its fallout, both political and physical.

Rainer has exhibited in major international events such as the Venice Biennale (1980 and 2011), the San Paolo Biennale (1996) and Documenta 7 (1982). His works are exhibited in some of the most important museums in the world, such as the MOMA and the Guggenheim Museum in New York, the Tate in London and the Centre Pompidou in Paris.

In 1993, the Arnulf Rainer Museum was opened in New York. He also has a museum dedicated to him in Baden.

After a splendid career, and at the age of 92, the Poggiali Gallery brings Arnulf Rainer to Florence for the first time and has dedicated a major exhibition to him. 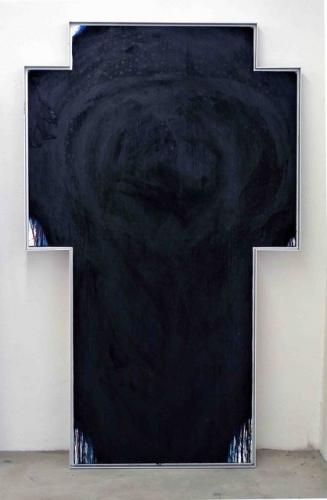 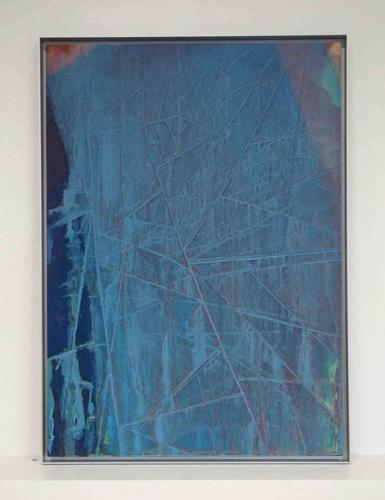