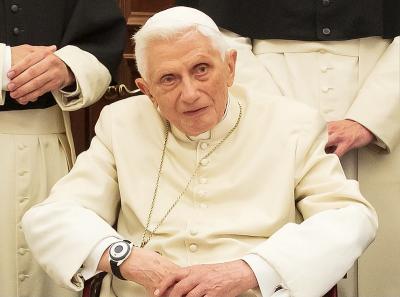 VATICAN CITY – The Pope Emeritus Benedict XVI has been accused of negligence while he was the archbishop of Munich and Freising, according to a long-awaited report on child sex abuse in the German archdiocese published on Thursday. The former pope firmly rejected the accusation in a written statement attached to the report.

The investigation was conducted independently by the Westpfahl Spilker Wastl (WSW) law firm and covers a period of 74 years, from 1945 to 2019.

The report records 497 mostly male victims, 60 percent of whom were between the ages of eight and 14 when they were abused. Some 235 abusers have been identified, including 173 priests, nine deacons, five pastoral representatives and 48 people from the school environment.

The Pope Emeritus has been accused of negligence over four abuse cases during the period in which he was archbishop of the Bavarian archdiocese, from 1977 to 1981.

Benedict’s secretary, Monsignor Georg Gänswein said, “in the next few days he will examine the report with the necessary attention.”

Gänswein continued, “the Pope Emeritus, as he has already repeated several times during the years of his pontificate, expresses his disturbance and shame at the abuse of minors committed by clerics, and manifests his personal closeness and his prayers for all the victims, some of whom he met on the occasion of his apostolic journeys.”

Meanwhile the director of the Vatican Press Office Matteo Bruni said that the Holy See would give due attention to the document in the coming days, in order to “appropriately examine the details.”

The archbishop of Munich and Freising since 2007, Cardinal Reinhard Marx, resigned a few months before the report's publication, admitting the failure of the Catholic Church to keep children safe. Pope Francis rejected the resignation, but the cardinal was adamant and explained the meaning of his gesture.

"For me it is a question of assuming co-responsibility for the catastrophe of sexual abuse perpetrated by representatives of the Church in recent decades,” said Marx. “The surveys and appraisals of the last 10 years constantly show me that there have been both personal failures and administrative errors, but also an institutional and systemic failure.”

“The most recent controversies and discussions have shown that some representatives of the Church do not want to accept this co-responsibility and therefore also the guilt of the institution.”

“Consequently, they reject any kind of reform and innovation regarding the crisis linked to sexual abuse.”