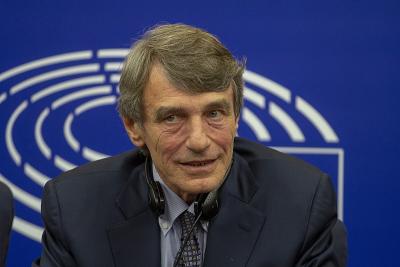 CONEGLIANO – David Sassoli, politician, journalist and President of the European Parliament, has died at age 65 after battling a severe illness in hospital, his spokesman announced Tuesday.

Just over two weeks ago, Mr Sassoli was hospitalised at the CRO in Aviano for complications with his immune system, after having contracted a severe case of pneumonia back in September. He initially recovered and was back to work in November, but then fell ill again and went to hospital on Boxing Day.

The late politician’s spokesman, Roberto Cuillo, announced on Twitter that he died in hospital at 1.15 a.m. Tuesday morning.

Born in Florence in 1956, Mr Sassoli started working at a early age for small newspapers and in press agencies, before moving on to Il Giorno newspaper and then to the TV news channel Rai. During this time he became a familiar face to Italian families.

In 2009, Mr Sassoli decided to devote himself to politics. That year, he was elected into the ranks of the Democratic Party with over 400,000 votes. On the strength of this success, he immediately became the head of the party’s delegation in Brussels.

After a decade spent in Brussels and Strasbourg, Sassoli was one of the most experienced MEPs. Between 2014 and 2019 he held the position of Vice President and dealt mainly with transport, Euro-Mediterranean policy and the budget.

On July 3 2020, at the beginning of his third term, Mr Sassoli was elected President of the assembly. In his opening address, he highlighted the importance of taking action to combat climate change, the need for a policy that is closer to citizens and their needs, especially young people, and the urgent need to strengthen parliamentary democracy, in line with European values. During the Covid-19 pandemic, he ensured that the European Parliament could continue to operate and very early on, in March 2020, he introduced remote debates and voting.

Mr Sassoli leaves behind his wife and two children, Livia and Giulio. He lived in Rome and had a house in Sutri, a medieval town about thirty kilometres north of the capital, where he would enjoy gardening and reading.

In an interview with Rainews24, Cuillo recalled how Sassoli treated his commitment as President of the European Parliament, and his commitment as a journalist, as “a mission to bring European institutions closer to citizens.” He remembers him as a good man and tenacious in his “fight against evil.”

The Community of Sant'Egidio sent out a statement, remembering him as a man faithful to the principles of democracy and humanism. Just over a month ago, on Nov. 30, he participated in Sant’Egidio’s International Day Against the Death Penalty, which he called “an indispensable moral duty.”

Pope Francis sent blessings to the Sassoli family and described the late politician as "an animated believer of hope and charity, competent journalist and established man of institutions who, in a peaceful and respectful way, worked for the common good with rightness and generous commitment."

There will be a vote to elect his replacement later this month. 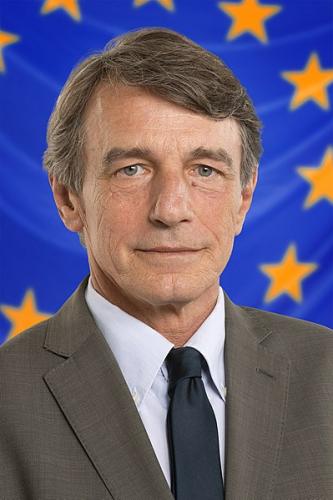