Italian retirees abroad must prove they are alive to receive pension 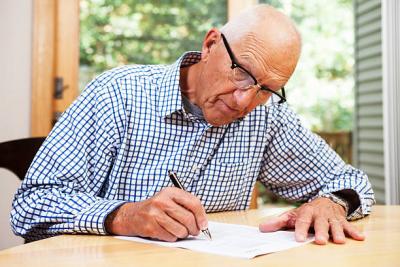 ROME – Italian retirees who live abroad are now required to show proof they are alive in order to receive their pension payments, according to the National Social Security Institute (INPS).

The ‘proof of life procedure’ is carried out by Citibank NA, the credit Institution which takes care of pension payments abroad on behalf of INPS. They have introduced the measure to address the problem that there is often a delay in hearing about a beneficiary’s death - which means the organisation continues to pay money without anyone receiving it.

Therefore, as of Feb. 7, Citibank will send the proof of life forms to pension beneficiaries residing in the American continent, eastern Europe, Asia, the Middle East and Scandinavia, to be returned to the bank by June 7.

If a beneficiary fails to return the relevant certificate, the July pension rate will be paid in cash at the Western Union counters and, should the beneficiary fail to either withdraw his/her pension in person or  return his/her proof of life certificate by July 19, the next month's pension payment will be suspended from August.

Pensioners have four months to submit their proof of life certificates, but they are advised to go to the consular offices, Patronati or local authorities as soon as they receive their letters. This serves to avert a last-minute rush which could result in a large gathering, posing a health risk in relation to the latest pandemic wave.

With safety in mind, INPS and the Ministry of Foreign Affairs and International Cooperation have also agreed on a shared project to allow pensioners to interact with consular offices via a video call service. In this way, the consular office may certify the pensioner’s proof of life by actually seeing him or her, while verifying the accuracy of the form that they would have previously received via e-mail. It also provides an easy way to confirm the person’s identity against the documents they provide digitally.

The consular officer may certify the pensioner’s proof of life by accessing the Citibank NA web portal, in which case, the duly-authorised officer would still request the original form, duly dated and signed, to be sent by post.

Pension beneficiaries must make sure that their e-mail address and telephone number are written in the proof of life form in order to have access to the video call service.

Besides this, not only will beneficiaries have four months at their disposal to fulfill their obligations, but also, based on each foreign Country’s legislation, a significant number of qualified officials are authorised to certify the beneficiaries’ proof of life forms. Should the beneficiary not be able to fill in the official form, Citibank NA will also accept unofficial proof of life forms issued by local authorities, provided they are deemed acceptable witnesses.

INPS and the Ministry of Foreign Affairs have told consular offices to consider the proof of life certification as a high priority. It is a non-deferrable administrative service, to be guaranteed to pension beneficiaries residing abroad despite the lockdown measures in place due to the health emergency.

The proof of life procedure has been arranged to run in a broadly similar structure in 2023. It will involve pensioners residing in Europe, except for the Scandinavian and eastern European countries; Africa and the Australian Continent. Therefore, as of Sept. 14, Citibank will send the proof of life forms to pension beneficiaries residing in the above-mentioned geographic areas, to be returned to the bank by Jan. 12 2023. Like this year, if one fails to complete the relevant proof of life procedure within the said deadline, the Feb. 2023 pension rate will be paid cash at the Western Union counters and, should the beneficiary fail to either withdraw his/her pension in person or return his/her proof of life certificate by Feb. 19 2023, the next month’s pension payment will be suspended starting from March 2023.