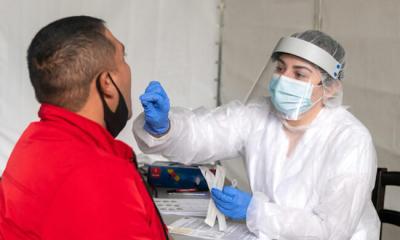 ROME – The daily number of positive Covid-19 cases is rising exponentially in Italy due to the Omicron variant, with cases nearly tripling since last Wednesday, statistics show. Further restrictions may be put in place to curb pressure on hospitals.

On Wednesday, the country recorded 98,020 new cases - 25 percent more than there were on Tuesday when 78,313 cases were detected. The positivity rate has risen to 9.5 percent.

The region of Lombardy has recorded almost one third of the total infections, with 32,696 new positives Wednesday, almost 4000 more than the previous day. In the province of Milan there are 13,650 new cases, of which 5,152 are in the city.

Florence mayor Dario Nardella posted on Twitter Wednesday, “A lockdown for the unvaccinated could be an effective measure. It would reduce infections and flatten the hospitalisation curve, which remains the aspect that should worry us more than any other.”