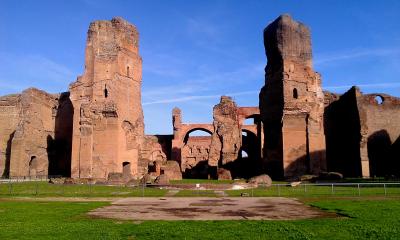 The Baths of Caracalla, facing Caldarium

ROME – The Council of State has rejected McDonald's appeal to open a ‘McDrive’ at the Baths of Caracalla, said the Association for Defence of the Environment and User and Consumer Rights (CODACONS),  who intervened in court against the American giant to defend the urban landscape and the decisions of the municipal administration. The satisfactory outcome was announced in a CODACONS press release on Tuesday.

With the appeal before the Council of State, the company McDonald's Development Italy Llc challenged sentence no. 5757 of 2020 of the Lazio Tribunal, which had blocked construction of the fast food restaurant and the related parking in the areas of Viale Guido Baccelli.

CODACONS intervened in court, arguing that the areas in question were subject to legal constraints preventing the opening of a commercial establishment that could damage the beauty of the Baths of Caracalla, with consequent environmental damage.

The Council of State supported the CODACONS argument with a ruling issued on Tuesday. It confirmed that the area is protected as a Unesco site, and that it is in the public interest to preserve it.

“In this regard,” read the ruling, “art. 150 expressly attributes both the Region and the Ministry the power to order the suspension of works aimed at altering the landscape ​​of the territory, to protect both the assets already bound and areas that are intended to be protected with the imminent adoption of a future landscape restriction.”