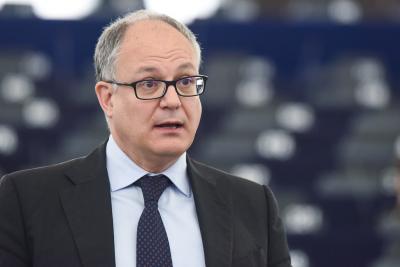 ROME – The city mayor, Roberto Gualtieri, has admitted “the city is not as clean as it deserves” after he allocated 40 million euros to tackle the waste emergency in just three months, he said in a recent press conference. The mayor highlighted that Rome’s historic centre is much cleaner, but acknowledged the suburbs are still dirty and lasting improvement for the whole city will require new treatment plants that will take years to install.

The day after he was elected mayor of Rome, Gualtieri announced his “extraordinary” mission to solve the city’s waste emergency by Christmas. To carry out the plan, he coordinated with the council’s waste removal company AMA, who promised its workers a bonus if they didn’t take any days off during the period.

The incentive met controversy when it included in its wording to not take “any days off sick.” It later removed the words “off sick” and replaced it with “holiday.” The bonus proved to be an effective motivation, with an eight percent increase in those present at work during the first weeks of December compared to the same period last year.

However, the opposition leader Carlo Calenda said, "in my opinion Gualtieri made a mistake in making an unrealisable promise - not even Superman could think of cleaning Rome in three months.”

Calenda continued, “Gualtieri's mistake is that he tried to do everything with AMA. we wanted to bring in a large company that would support AMA for cleaning the pavements, the drains and around the bins, because AMA often doesn't clean around the bins, it just empties them,” he told Omnibus on La7.

Gualtieri defended his plan, saying “without [it] we would be in a much worse situation. This is a starting point, not an arrival point.”

Improvements in the cleanliness of the historic centre have been praised by various residents’ committees, for example from Trastevere, Esquiline, Prati and Testaccio. They have said they are satisfied while hoping for something more. Photos have been shared on social media of newly tidied streets such as via Andrea Doria in Prati, via Branca and via Bodoni in Testaccio, and the Gianicolo in Trastevere.

However, there are still serious problems outside of the central area, especially in neighbourhoods of the east quadrant. Here, residents’ committees have denounced the piles of waste still on the street and rows of lorries in front of the Rocca Cencia plant, whose daily waste treatment capacity was increased to meet the needs of the “extraordinary cleaning plan.”

Marco Manna of the Eastern Rome Suburbs Committee said, “we tried to make politicians understand the need to change course on waste management. The Rocca Cencia waste treatment plant has created immeasurable damage to citizens, yet approval has just been granted for its renovation. Thirteen associations and committees will challenge this decision before the Lazio tribunal.” The group has also started a fundraiser to support the cost of the legal proceedings.

In the recent press conference, Gualtieri maintained that "Rome is cleaner than how we found it.” However, to make long-term progress, he has a new promise.

“Within five years", he vows to facilitate the construction of the necessary plants “to close the cycle of waste and make Rome self-sufficient.”