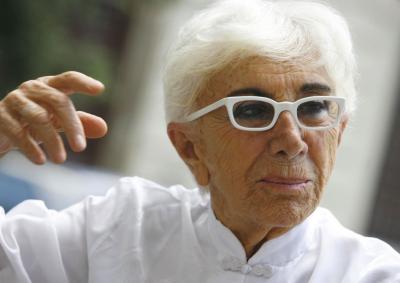 ROME – The first woman in history to be nominated for an Oscar, Lina Wertmüller, has died aged 93 at her home in the Italian capital.

Wertmüller was born in Rome in 1928 and although she didn’t take to school - as an adolescent she was expelled from multiple different Catholic High Schools - she was enthralled by film and theatre from a young age.

Initially Wertmüller toured Europe with a puppeteering group before turning to cinema in the 1960s. In this decade she produced neo-realist films such as ‘The Basilisks’ with music by Ennio Morricone as well as musicals.

However, it was in the following decade that Wertmüller shot to international fame. Beginning with her 1972 film ‘The Seduction of Mimi’ and ending with ‘Blood Feud’ in 1978, Wertmüller directed seven films which are considered masterpieces of Italian comedy. She was the first woman to be nominated for an Oscar in history as best director for her 1975 film, ‘Pasqualino Settebellezze’ or in English, ‘Seven Beauties.’

Wertmüller favoured long titles for her films and they often had to be shortened for release. She was entered into the Guiness Book of World Records for the longest film title in the world - ‘Un fatto di sangue nel comune di Siculiana fra due uomini per causa di una vedova. Si sospettano moventi politici. Amore-Morte-Shimmy. Lugano belle. Tarantelle. Tarallucci e vino.’ This became ‘Blood Feud’ or ‘Revenge’.

The cinema of Wertmüller is packed with subtexts. She examined social subjects, such as the clash between men and women, with sarcastic humour. Her films are thought to be innovative, never banal, sometimes politically grotesque and at times tragically realistic.

The late director is remembered in Italy for her extraordinary creativity, distinctive white glasses and not least her bold conviction to excel in a male-domniated arena.

She was married to the set and costume designer of many of her films, Enrico Job, who died in 2008.