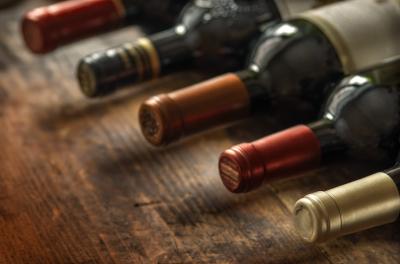 VALPOLICELLA – There’s no shortage of wine, but supply problems in the paper, card, wood and glass sectors have led to a serious lack of bottles, labels and shipping containers to transport it in, wine producers in the Veneto region have said.

"Since September we have not been able to fully load in time,” said Pierangelo Tommasi, of the Tommasi Family Estates vineyard based in Valpolicella. "We have noticed that for [exports to] Asia and North America, there is a physical shortage of containers and cargo here is delayed by over a month.”

Supply times have tripled which is down to a mix of inflation, shortage of raw materials and increased demand.

"The suppliers have told us that starting from January, prices will increase by 15 per cent for glass and by 30 to 40 per cent for cardboard," said Claudio Farina of the Farina winery, also based in Valpolicella.

"It all started in October last year,” said a paper supplier, who is also startled by the situation. “First it was a brief price adjustment, then since March it has been an endless escalation."

"Even every third of the month we received the increase - we are now 80 per cent more than the basic price list," the paper supplier continued. "Not to mention the extra materials such as strap and ink. Before, the order at the paper mill arrived in three weeks. Today I have to wait three months.”

"The problem is obviously that we are in the final rush of the year and these delays also affect the final turnover" said Tommasi.

The issues of rising electricity costs, a shortage of raw materials, and trying to balance supply and demand mean that business is not expected to return to normal until 2023.