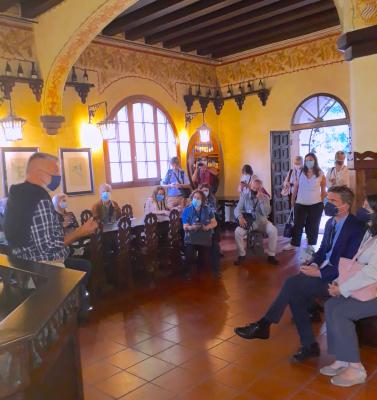 CONEGLIANO – A spacious, tree-lined avenue leads into the open courtyard in front of the large and imposing building that houses the Cerletti Campus, Italy's oldest and most prestigious wine academy, situated on the outskirts of Conegliano in the Province of Treviso and gateway to the land of Prosecco DOCG. This is where future vintners, oenologists and wine experts are groomed to contribute to the continuing success of the bubbly that has become one of Italy's greatest exportation success stories, with an output of over 500 million bottles in 2020, 78 per cent of which sold abroad.

A column surmounted by the bust of scientist Antonio Carpené stands in the middle of the courtyard. Carpené, a chemist and agronomist who had fought alongside Garibaldi in the campaign for the Unification of Italy, was determined to introduce more modern methods of agriculture and wine production to what was then the backward area of the Province of Treviso. In 1876, he founded the Scuola Enologica di Conegliano along with his colleague, agricultural expert Giovanni Battista Celletti, who part funded the project and was the institute's first director.

The Academy was the first of its kind in Italy and prospered up till the first World War and the Italian struggle for independence from the Austro-Hungarian empire. The river Piave, where the Italian army made a last determined stand, winning the decisive “Battle of the Solstice” in June 1918, flows placidly through the countryside less that 50 k.m. away. The many teachers and students who lost their lives in the conflict are commemorated in the tree-filled Memorial Park in front of the main building.

The Scuola Enologica di Conegliano was also a war victim. Badly damaged during the war, it was rebuilt and re-opened in 1924 in its present form as an Istituto Statale Istruzione Secondaria Superiore, (a state school of secondary education), following the regular Italian state education curriculum with specialization in agriculture, wine production and marketing.

The school is not confined to local pupils, but is much in demand with students from all over Italy and also from abroad, with boarding facilities available if required. Like all other regular Italian state schools, there are no tuition fees. The Institute is part of the European Erasmus system and is in partnership with the University of Padua, where students can go on to obtain degrees, post-degrees and doctorates in their chosen branch of wine technology, business management and promotional activities.

Giorgio Milani, economics and agriculture lecturer at the Institute took us on a tour of the main building, which reflects the elaborate Arte Nouveau tastes of the early part of the 20th century.

The Aula Magna is a gallery of mythological personages linked in some way to the theme of wine's ability to foster friendship, happiness and love, all gathered under a ceiling decorated to create the illusion of a pergola. Nearby, we pass a museum dedicated to Luigi Manzoni, a former principal and pioneer researcher in vine genetics, who invented the Martinotti method of creating sparkling wine by subjecting the grapes to a second fermentation process under high pressure (also known as the Charmat method after French enologist Eugene Charmat who independently developed the technique and obtained the patent). During his long years at the Institute, Manzoni researched and cross bred autochthonous Italian vines, creating new grape stocks. His work has been honoured since 2018 with the annual Concorso Internazionale Manzoni contest for the best wines obtained by the Incrocio Manzoni method.

A separate building houses the quaint Tyrolean style Bottega del Vino, described by the 1924 principal Giovanni Dalmasso as an example to be followed by wine shops and national taverns: “to replace rough taverns and messy bottle shops...create new original spaces...as in the  Italian tradition.” The Celletti wine cellar, in fact, is a cosy retreat with alcoves and columns, with the walls decorated with mottos in praise of wine and good companionship and cornices of painted grapevines and birds. Definitely not a “rough tavern”.

The Conegliano wine academy, however, is far from being a simple showcase. It is a working school with its own 25 acres of vineyards immersed in some 52 acres of agricultural land. It possesses a state-of-the-art experimental wine cellar and production plant where students are taken through all the processes involved in the wine-making art. The experimental cellar produces still white wine, red wine and spumante, as well as grappa distilled from single grape varieties.

Prosecco, the star product of the area, is made almost exclusively (85 per cent) from the native Italian Glera grape, which has a long and noble history in wine production. Glera grape wine, in fact, was well known and much appreciated by the Ancient Romans, who called it Puxinum, or Pucino wine, or, in the words of  Pliny the Elder, Picinumm, and it was exported all over the Roman empire. In the past, however, this wine did not come from the Veneto area, but was produced at a place called Torre di Prosecco, now more commonly known as Moncolano Castle, situated near Trieste.

According to some sources, the first recorded mention of the name Prosecco dates to 1593 when an English traveller called Fynes Moryson mentions it in his travel journal. It was during the 18th and 19th centuries, that the Glera grape began to be planted on the hills of Veneto-Friuli, where it flourished in what turned out to be its ideal micro-climate. The name Prosecco stuck, however, and by the middle of the 20th century it had become the virtual monopoly of the region, with its most prestigious production centre in one remarkably small area confined between the towns of Conegliano and Valdobbiadene, in the Province of Treviso.

The early producers were quick to see that they had a potentially successful product on their hands. In 1962, they founded the the first Consortium to protect the name of Prosecco di Conegliano Valdobbiadene. Seven years later they obtained official recognition from the Italian Ministry of Agriculture and in 2009 the Ministry finally conceded Italy's highest wine accolade – the coveted D.O.C.G. Certification (Denomination Controlled Origin and Guaranteed). Meanwhile, the Prosecco producers have been quick to ties up all loose ends and guarantee their monopoly

Not everyone is pleased. A few other Italian areas contest Prosecco's exclusivity, claiming the true origins of the Glero vine, In addition, Croatia produces a time-honoured dessert wine called Prosek and has applied to the EU for official recognition of the name, insisting that their wine is totally different from the Italian product. The Prosecco consortium objects that the similarity of the names could confuse consumers. So far, no decision has been made and the matter stands.

Meanwhile, Prosecco land has received a different kind of endorsement. In 2019 its unique man-made landscape of rolling, vine-covered hills was incorporated into the UNESCO World Heritage list, with the following motivation: “the protection of the rural landscape......the conservation of local tradition and the preservation of biodiversity and the associated ecosystem.”

A trip along the Conegliano Valdobbiadene Classic Wine Route, laid out in 1966 and the first official Italian wine route, confirms the UNESCO evaluation. The area is, in fact, a unique landscape of rolling hills and steep slopes, where the rows of vines follow the contours of the land in an intricate flowing motion. The gently harmonious pattern is deceptive, however. These vineyards are the result of the hard work and dedication of generations of local vine-growers. The uneven quality of the terrain permits only cultivation and harvesting by hand without the use of mechanical machinery.

A second, more recently created Scenic Wine Route, winds for some 90 kms among the Prosecco hills of Conegliano and Valdobbiadene, passing through fifteen small municipalities, each with its own historic monuments, monasteries and churches, as well as the many small farms and wineries that carry forward the Prosecco legend.

The Prosecco producers, however, are not resting on their laurels. The latest initiative is a rosé version of the celebrated aperitivo. Production was authorized by the Ministry of Agriculture in August 2020 and no time was wasted. 30 million bottles, subsequently produced between January and May 2021, are ready to take a post-pandemic market by storm. 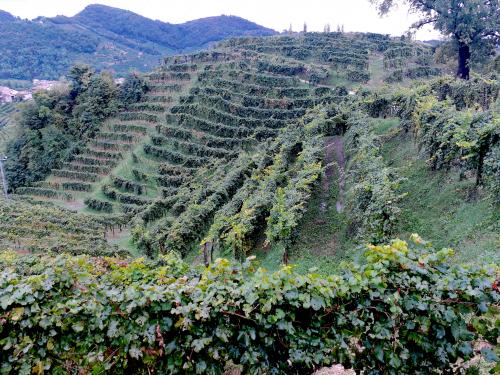 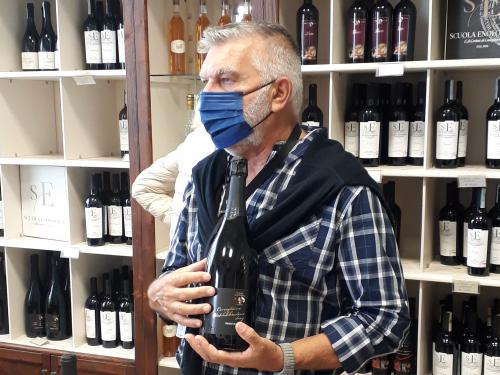