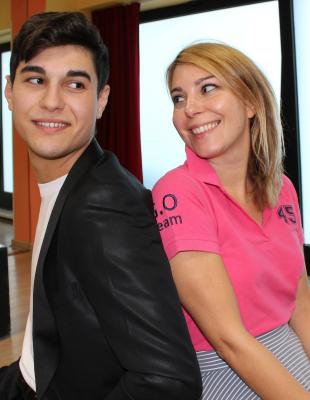 ROME -- Fast on the heels of ‘Calendar Ladies’ which concluded a successful run in October, amateur theatre group Arts in English has been busy rehearsing its next musical production, ‘Grease.’

‘Grease’ was voted as the show people most wanted to see on stage in a survey of Arts in English members. This coincides with 2021 as the 50th anniversary of the musical first being performed on stage in Chicago in 1971. Continuing until 1980, it became the longest running show in Broadway history, until it was surpassed by ‘A Chorus Line’ ( also a past Arts in English production). Two of the actors in the original show, who played Frenchy and Roger, subsequently married and still live together in Chicago today. It was made into the iconic film starring Oliva Newton-John and John Travolta in 1978.

The Arts in English production will be shown on Saturday Dec. 11 and Sunday Dec. 12 at the Teatro in Portico in Garbatella.

The show is directed by Ailleen C. Moir who has been at the helm of Arts in English for over 16 years, choreography is by Mark Biocca and musical direction is by Giuseppe Brancato.

Tickets cost 15 euros and can be booked by sending an email to artsinenglish@outlook.com.