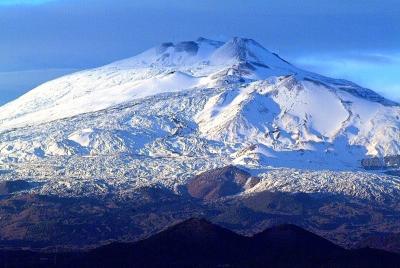 CATANIA --A mountain rescuer has died aged 47 after saving a hiker who fell into a ravine while trekking up Mount Etna in poor weather conditions, rescue authorities said.

Salvatore Laudani, a volunteer with the Sicilian Alpine and Speleological Rescue team, was part of two rescue groups called out on Sunday to rescue a hiker in difficulty. The walker was on the descent to Valle del Bove with companions when he fell into one of a number of gullies in that area and broke his leg.

The rescue team were advised of the poor weather conditions beforehand. There was a blizzard when they arrived and as the operation proceeded, the wind speed increased and visibility became worse.

In the circumstances, the man with the broken leg was rescued with difficulty, and those who had acted in the first half of the rescue operation were particularly exhausted, team members recalled.

Laudini’s illness, as yet unspecified, took hold of him quickly. He was put on a stretcher at around 12:45 a.m. to be taken away by the ambulance, but after just 15 minutes he was declared dead at 1 a.m. Monday morning.

The Head of the Civil Protection Department, Fabrizio Curcio, said, "I learned with great regret the news of Salvatore Laudani, who died last night in the difficult rescue operations of a hiker on Etna.”