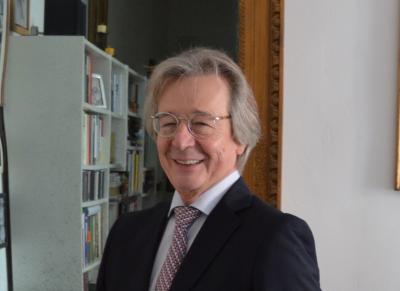 ROME -- A voice and figure from the Eternal City to a Croatian audience for 37 years, journalist Silvije Tomašević, who has died at the age of 71, was a highly respected reporter on the turbulent times and transformations of both the Italian Republic and the Holy See.

With a keen eye for recognising events worthy of media attention, he had the speed of a born journalist, coupled with a constant willingness to learn about and apply journalistic practices that have changed dramatically over his career that spanned more than half a century.

"He believed like Churchill that journalism was a wonderful profession, but he did not listen to his advice to leave it in time," wrote Ambassador Mirko Galić, himself a former journalist, who returned to the task of newspaper analyst. Therefore, he remembers, "in recent years, we shared the same space in Večernji list,” (a Croatian daily newspaper published in Zagreb), “so I can testify that in his later years, despite the illness that devoured him, he kept a young man's motivation."

He added, “the pope also trusted Tomašević so much that he could talk to him about the most sensitive Croatian topics. Not every correspondent enjoys such a privilege.”

Silvije Tomašević spent his formative years in Rijeka, a port city open to the world, where his father was also a journalist. Tomašević entered the profession in 1970, when he started as a local correspondent for Večernji list, first from Rijeka, then from Slavonski Brod, until 1974 when he moved to Vjesnik, another daily in the same Zagreb newspaper.

The following year he became an editor in that newsroom, specialising in international relations and topics. From 1984 to 1989 he was a correspondent for Vjesnik, Večernji list and other editions of the then Vjesnik Publishing Corporation from Italy and the Vatican.

From 1989 to 1990 he wrote for Il Manifesto (Rome), then for Roma (Naples), before working at Rai International continuously from 1992 to 2006. At the same time, from 1990 he was the Roman correspondent of Slobodna Dalmacija (Split), and then he returned, as a correspondent, to Večernji list, which he worked for until his final day and, it can be said, until his very last breath.

As a journalist who was a living memory of Vatican and Italian events, he was a sought-after collaborator of many media organizations. Among those he worked with for a short or long time were the BBC, Deutsche Welle, Nova TV and Hina. He also contributed to Vatican Radio in Croatian.

From 2013, he published and edited the successful bilingual Croatian-Italian magazine MM Manjine-Minoranze, which researched and promoted minorities – the Croatian in Italy and the Italian in Croatia - and economic cooperation between two states.

Tomašević supplemented his tireless journalistic work with books in which he could analyse more deeply the events he witnessed and the people he met, even as a regular passenger on papal air travel in the pontificates of St. John Paul II, Benedict XVI and Francis.

As early as 1994, he published a biography of John Paul II, translated and published in English, German, Slovak, and Polish. With photojournalist Grzegorz Gałązka he co-authored the monography ‘Cardinali del terzo millenio’ (Cardinals of the Third Millennium), published in Rome in 1993. He published Popes through History in 2003 and two years later co-authored another book on Pope John Paul II. What connects and what separates Popes Wojtyła and Ratzinger he analysed in the monograph Two Popes: John Paul II and Benedict XVI published in 2009.

He followed with special interest the papacy of Pope Francis, publishing a monologue about him in 2014. The pontiff knew Tomašević well from his travels, calling him “that journalist who always asked him ‘not easy’ questions.”

Ambasador Damir Grubiša, professor at the American College in Rome, said, "Tomašević was a complete journalist - serious, objective, calm but profound in his analyses and judgments. He appeared on the screen and in the press, approaching day-to-day news with the same importance as the global problems of the contemporary world in his columns.”

A prominent member of the Stampa Estera, the association of foreign correspondents from Italy, he was elected several times to its Board of Directors. An accomplished skiier, he was a main mover in the organisation of the annual foreign press skiing championships in Italy.

Tomašević is survived by his widow Katja, a doctor who sacrificed her career to follow her husband, a daughter Nika, a theatre researcher at the University of Teramo, and son Leo, a Copenhagen researcher of electronic neurology. Expressions of condolence were sent to them, among others, by the Croatian Prime Minister Andrej Plenković and the Mayor of Zagreb Tomislav Tomašević.