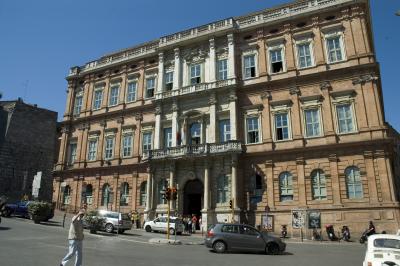 PERUGIA --Financial police have placed 23 staff from the Umbrian capital’s University for Foreigners under investigation for allegedly rigging the outcome of recruitment processes for researchers and professors, police sources said.

The financial police of Perugia, coordinated by prosecutor Raffaele Cantone, have reason to believe there was a series of favours exchanged between university professors to encourage the recruitment of certain researchers and lecturers.

The investigation is focused on three or four main competitions in which the results are suspected to have been rigged.

One of these is an Italian proficiency test, known as the ‘farce exam.’ Analysis of relevant material and documents, as well as mobile phones, is what led to speculation of ‘irregularities.’

Specifically, investigators say, the timing of when information was released, identification of the commissioners and the control of each phase of the selections may have all been interfered with to predetermine the results.

The prosecutor will examine further documentation relating to the individual insolvency procedures at both the university and the Ministry of Education, Universities and Research, in order to verify the degree of involvement of the persons under investigation.

The alleged offences include corruption for an act contrary to official duties, undue inducement to give or promise benefits, abuse of office, and the disclosure and use of confidential information.