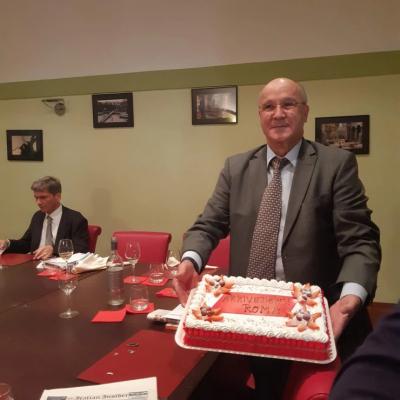 ROME – The Algerian Ambassador to Italy, HE Ahmed Boutache, was guest of honour at a convivial luncheon in the Foreign Press Association with some of the envoy’s many friends in the diplomatic and media said au revoir as he prepares to take up a new prestigious appointment as Ambassador to the United States in Washington.

Among those present for the somewhat sad occasion were the ambassador of Oman, S.E. Ahmed Salem Mohammed Baomar, the Palestinian ambassador,  S.E. Abeer Odeh, the most charming Lebanese Ambassador to Italy, S.E. Mira Daher, the Armenian ambassador S.E. Tsovinar Hambardzumyan and the Polisario Front Ambassador in Italy Fatima Mahfud.

The event climaxed with Ambassador Boutache extinguishing candles on a handsome cake emblazoned with the words “Ariverdeci Roma.” 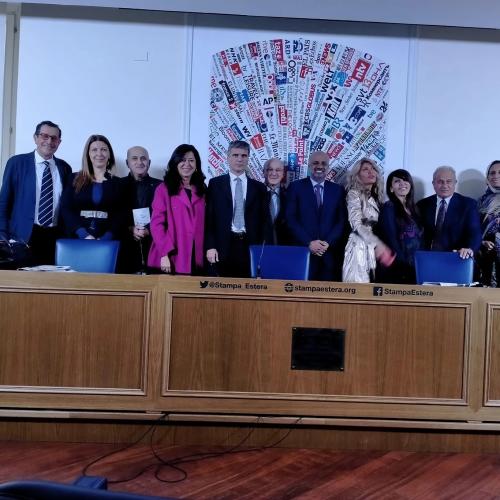