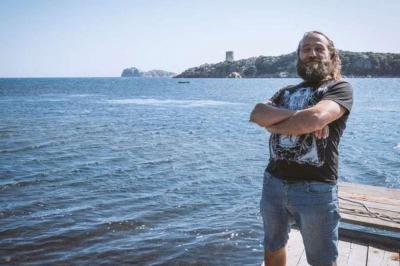 CAGLIARI -A pastry chef, Angelo Brancasi, was arrested Thursday night after he confessed to murdering Alessio Madeddu, a fisherman and celebrity cook from Teulada whose corpse was discovered in front of his own restaurant that morning, having been murdered with a hatchet, police said.

Brancasi, aged 43, confessed to the crime, saying he was motivated by jealousy. His wife worked at Madeddu’s restaurant, ‘Sabor 'E Mari,’ in Porto Budello, southern Sardinia, and the pastry chef alleges they were having an affair. The man's statements are being examined by police and investigations are ongoing.

Brancasi is being kept in the Uta prison in Cagliari.

Madeddu, 52, had become well-known for his participation in the television program, ‘4 Restaurants,’ with Alessandro Borghese.

The late fisherman's name also appeared in the news for attacking the Carabinieri with a bulldozer on the evening of Nov. 2, 2020 - he had been sentenced for attempted murder last March for the incident.