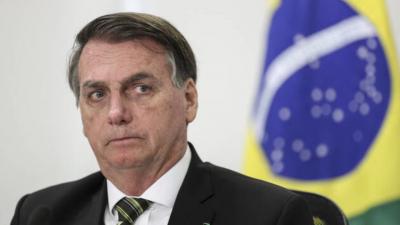 PADUA - This ancient Veneto city’s mayor and bishop have announced they will stay away from the President of Brazil, Jair Bolsonaro, on his upcoming visit Monday to the Basilica del Santo church - he will be “like any other pilgrim,” city authorities said. The statement coincides with the decision by the Brazilian Senate to back criminal charges against the president for his mismanagement of the pandemic.

The Mayor of Padua, Sergio Giordani, and the bishop of the diocese, Claudio Cipolla, have issued separate declarations explaining their stance.

Cipolla noted, "the link between the Venetian land, and specifically Paduan, with Brazil is very strong for the great migratory history.”

He added, "the bishops of Brazil in recent months have been loudly denouncing violence, abuse, the exploitation of religion, environmental devastation and the worsening of a serious health, economic, ethical, social and political crisis, intensified by the pandemic.”

The Senate’s approval to try Bolsonaro for crimes against humanity is not explicitly mentioned, but reference is made to the "management of the Covid emergency, in a country that has registered over 600 thousand deaths from the pandemic."

"In the face of all this,” the bishop continues, “the Church of Padua takes the opportunity to ask President Bolsonaro earnestly to promote policies that respect justice, health, the environment and above all to support the poor.”

Bolsonaro was recently granted honorary citizenship by the Municipality of Anguillara Veneta,  where his great-great-grandfather was born. The decision by the mayor of Anguillara, Alessandra Buos, has sparked protests, in particular by Italian missionaries in Brazil.

"It is not hidden that the conferral of honorary citizenship has created a lot of embarrassment for us,” said Cipolla, “caught between the respect for the main office of the dear Brazilian country and the many and strong voices of suffering that we get more and more and we cannot neglect, shouted by friends, brothers and sisters.”

A local friar told the Corriere del Veneto, “we are talking about a person who has just been accused by his own country of crimes against humanity. A person who also, on several occasions in recent years, has clashed severely with Pope Francis on the theme of the dramatic deforestation of the Amazon and, in general, on the dictatorial nature of his government. What should it do? Roll out the red carpets for the arrival at the Basilica of Bolsonaro?”

Despite the situation, Bolsonaro is still due to visit Padua after the G20 summit in Rome, albeit like any other person.

Some left-wing groups have organised a protest, saying, "we will not accept his presence in Padua and we will be in Prato della Valle to block his passage from 2 pm.” A protest in Anguillara has also been announced.